An alumnus of the Virginia Military Institute recently sent out an email to all of his fellow alumni to encourage them to vote for Democrat Ralph Northam in Tuesday’s gubernatorial election.

According to a copy of the email obtained by Campus Reform, Bob Suthard sent an October 17 email to each respective alumni class, asking them “spread the word to vote for Ralph Northam,” a graduate of the school, for Governor of Virginia.

“Depending on your politics, you may not agree with Ralph Northam on every single issue. But, at the end of the day, he is a person of integrity, and the bullet points above reflect the qualities we admire in a VMI graduate and in someone who will lead the Commonwealth over the next four years,” Suthard continued, offering a list of reasons to vote for Northam.

“So, let’s join together to put a Keydet in the Governor’s mansion. Spread the word to vote for Ralph Northam ‘81 for Governor,” he concluded. 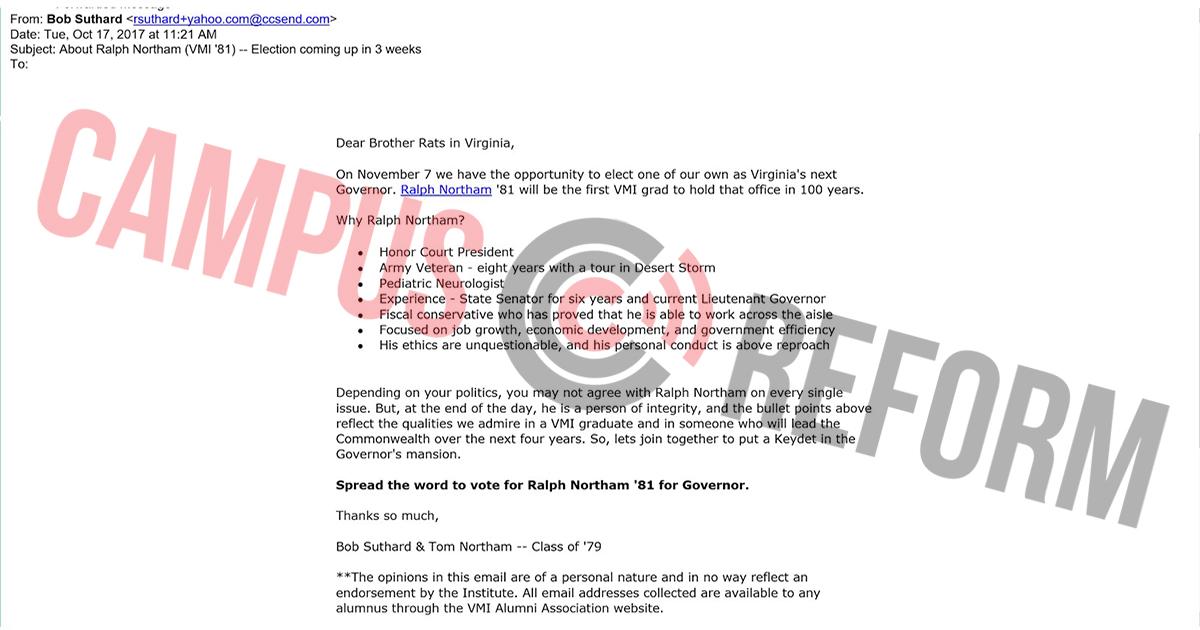 While Suthard provided a disclaimer that “the opinions in this email are of a personal nature and in no way reflect an endorsement by the Institute,” the VMI Alumni Agencies disagreed, calling Suthard’s actions “strictly prohibited” in a response email.

“Recently an email was distributed to alumni in respective classes (the exact same email went to each different class) endorsing a candidate for elected office and encouraging VMI alumni to vote for that candidate based upon their shared educational experience,” VMI Alumni Agencies Chief Executive Officer Stephen Maconi wrote, noting that the use of any “personal information of alumni, including email addresses, gained via access to the Alumni Association database for commercial or political purposes is strictly prohibited.” 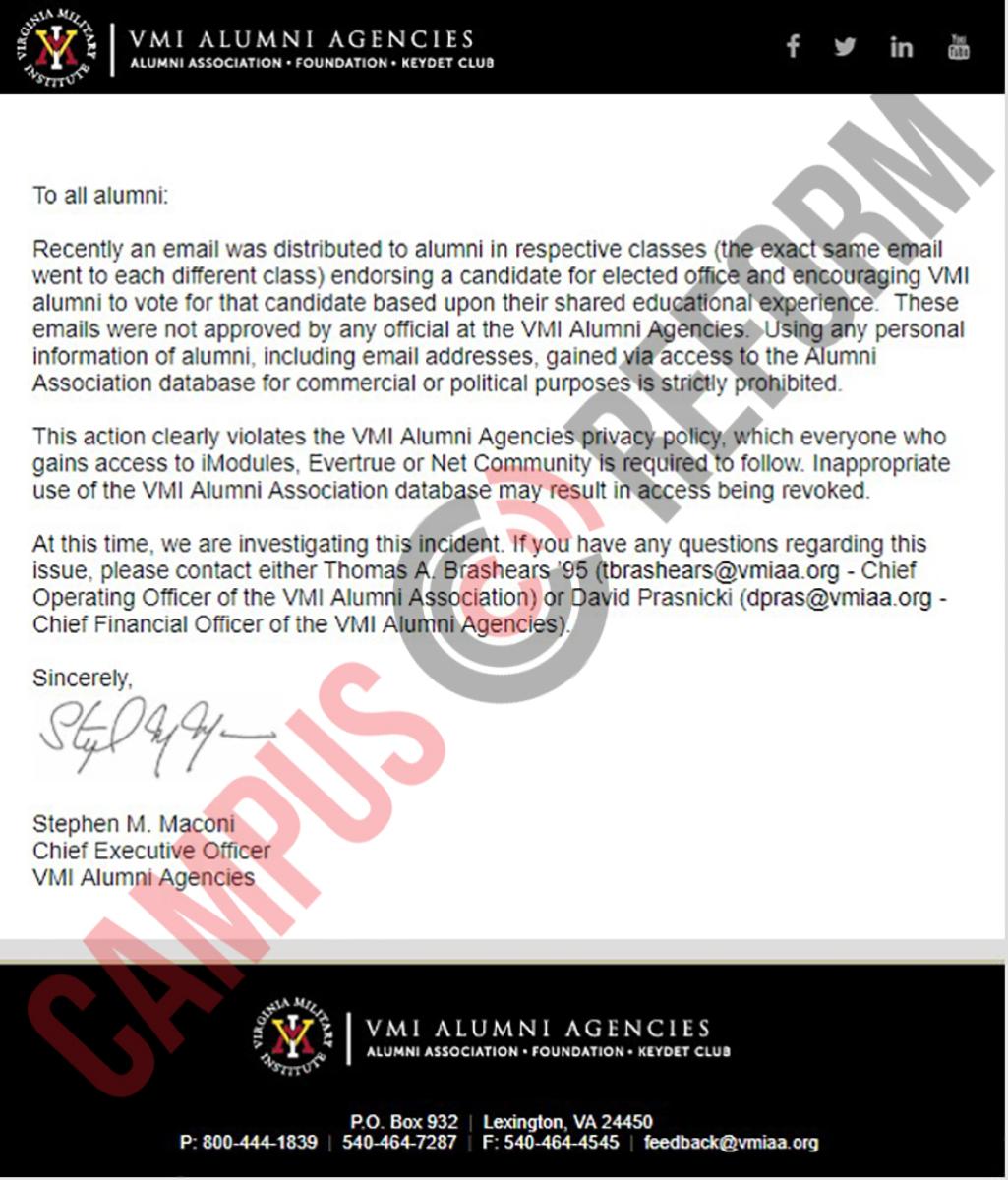 “This action clearly violates the VMI Alumni Agencies privacy policy,” Maconi concluded, adding that “we are investigating this incident,” which “may result in access being revoked.”