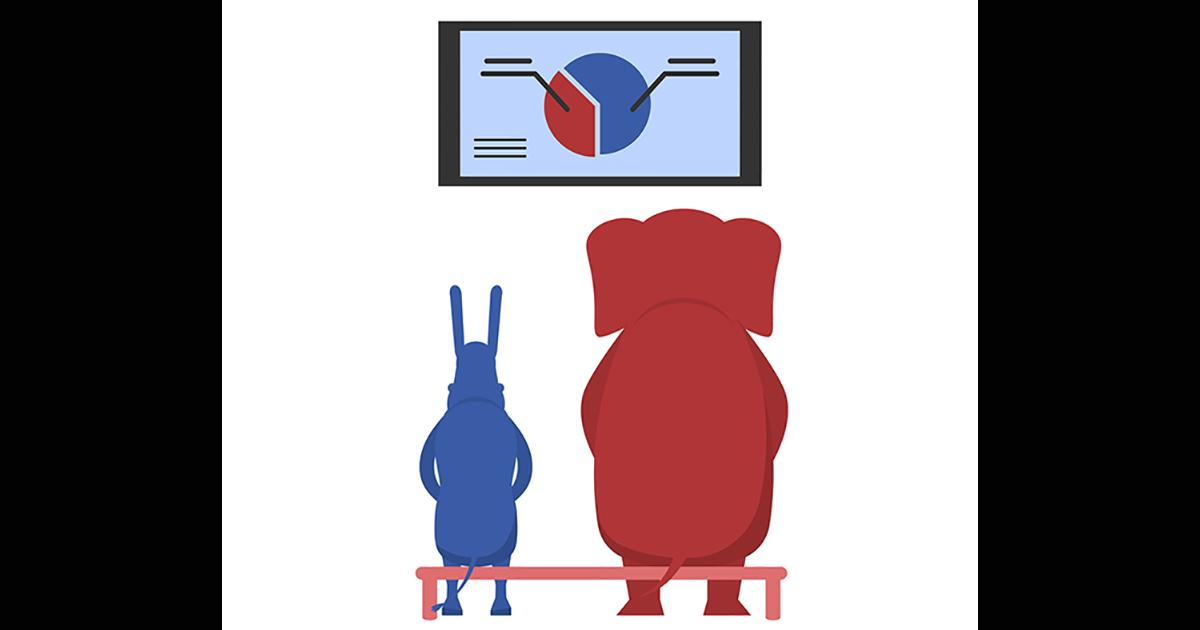 A recently published study from the National Association of Scholars finds that the vast majority of academics at the nation’s top liberal arts colleges are “overwhelmingly Democratic.”

The April 24 study, spearheaded by an associate professor of business at Brooklyn College, Mitchell Langbert, examined the political registration of full-time faculty members with doctorate degrees in some of the most respected liberal arts schools around the country.

"If political homogeneity is embedded in college culture, attempting to reform colleges by changing their cultures seems a very tall order."

[RELATED: Prof fears academia's 'leftward shift' could get even worse]

According to Langbert, the results of his research clearly suggest that “the political registration of full-time, Ph.D.-holding professors in top-tier liberal arts colleges is overwhelmingly Democratic.”

“Indeed, faculty political affiliations at 39 percent of the colleges in my sample are Republican free—having zero Republicans,” he writes. “The political registration in most of the remaining 61 percent, with a few important exceptions, is slightly more than zero percent but nevertheless absurdly skewed against Republican affiliation and in favor of Democratic affiliation.”

The scholar observes that 78.2 percent of the academic departments in his sample of schools “have either zero Republicans, or so few as to make no difference.”

The study examines a total of 8,688 tenure track professors, approximately 60 percent of whom are registered as either Republican or Democrat. All of the academics were selected from 51 out of 66 top-ranked schools as ranked by U.S. News and World Report in 2017.

“The mean Democratic-to-Republican ratio (D:R) across the sample is 10.4:1,” Langbert writes, noting that without two military colleges that had to be included in the study, the ratio would be “a whopping 12.7:1.”

“Political homogeneity is problematic because it biases research and teaching and reduces academic credibility,” the professor argues. “In a recent book on social psychology, The Politics of Social Psychology…[the authors] show that because of left-wing bias, psychologists are far more likely to study the character and evolution of individuals on the Right than individuals on the Left.”

The study also breaks down the data across academic fields, revealing that “the STEM subjects, such as chemistry, economics, mathematics, and physics, have lower D:R ratios than the social sciences and humanities.”

“The highest D:R ratio of all is for the most ideological field: interdisciplinary studies,” the professor writes. “I could not find a single Republican with an exclusive appointment to fields like gender studies, Africana studies, and peace studies.”

When analyzed by individual departments, the study finds that the highest D:R ratio belongs to Communications (108 to 0), followed by religion (70 to 1) and Anthropology (56 to 0).

Some universities were also more politically homogeneous than others, with Bryn Mawr College showing a D:R ratio of 72:0, Soka University of America maintaining a ratio of 20:0, and Wellesley College revealing a ratio of 136:1.

Despite an overwhelming left-of-center slant, however, the study notes that a select few institutions are either balanced in their D:R ratio, and that some even hire more Republicans than Democrats.

“One, Thomas Aquinas, has thirty-three full-time faculty and all are Republican,” the professor writes. “The two military colleges in my sample, West Point and Annapolis, have D:R ratios of 1.3:1 and 2.3:1,” Langbert continues, explaining that the institutions were included in the sample because of their classification in the U.S. News rankings.

In conclusion, the academic analyzes several key implications for research and public policy, stressing that that “if political homogeneity is embedded in college culture, attempting to reform colleges by changing their cultures seems a very tall order.”

“The solution to viewpoint homogeneity may lie in establishing new colleges from the ground up, rather than in reforming existing ones,” Langbert writes.

Mason McKie is a Texas Campus Correspondent, and reports liberal bias and abuse on campus for Campus Reform. He is a junior at Texas State University. He studies political science and is an active member of Student Government.