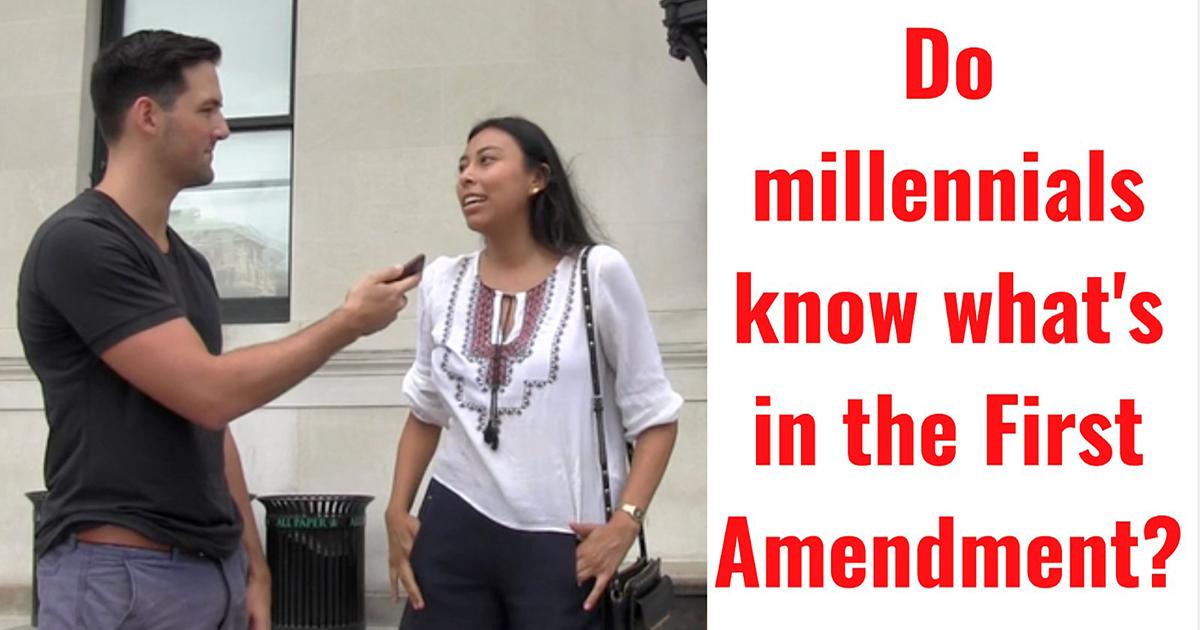 This month, a new study was released analyzing Americans’ perception of the First Amendment, as well as their knowledge of what it entails. As many would expect, the results were bleak.

For example, 40 percent of those surveyed were unable to list any of the five freedoms guaranteed by the First Amendment, while another 36 percent could list just one.

Wanting to know if millennials at an Ivy League school would fare better, I headed to Columbia University to talk with young people about their knowledge of the First Amendment.

Offering $20 to any person who could tell me the five freedoms guaranteed under the amendment (Speech, Religion, Assembly, Press, and Petition), it quickly became clear no one would be going home with the money.

“No, I have no idea,” said one student when asked if he could name any of the five, while another asked if “the right to bear arms” was found under the First Amendment.

One student, after failing to name more than one freedom listed, conceded, “now I feel like I need to go home and just read.”

Throughout the afternoon, the majority of the students were able to identify 1-2 freedoms guaranteed under the First Amendment, but no one was able to list more than three.

What else did they have to say, and where did they think the First Amendment should be limited? Watch the full video to find out!