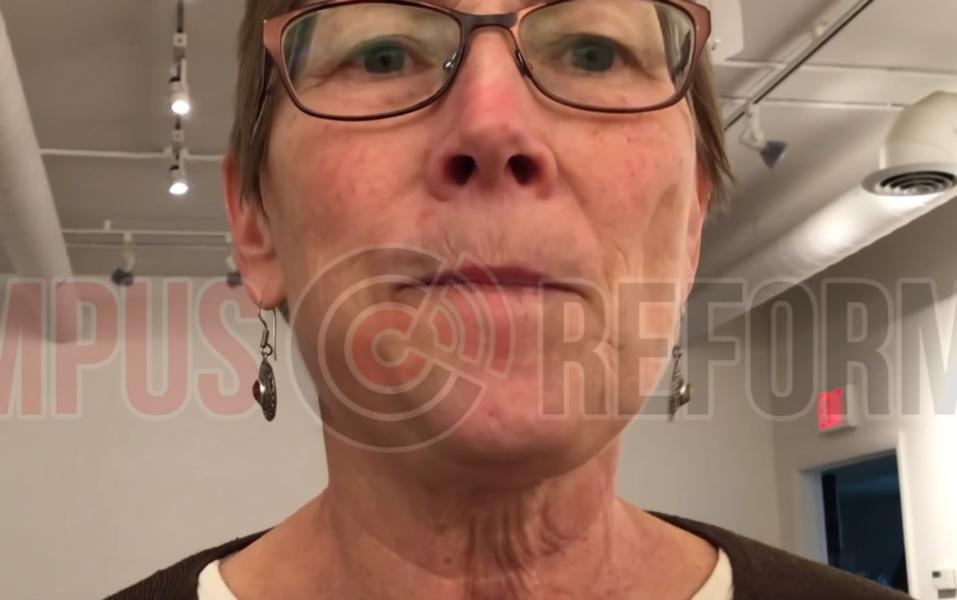 Syracuse University has not made clear whether it will discontinue issuing credits for students who intern for an organization that hosted anti-Israel speakers.

The university’s vice chancellor and provost, Michele Wheatly, responded to “media reports about students receiving credit for internships” with the Syracuse Peace Council (SPC), denouncing the statements made by speakers on camera at an SPC-sponsored forum as “inflammatory” about both “Israel and Palestinian groups.”

Story continues below the video...

Wheatly did not say that Syracuse would stop offering credit for the internship, saying only that no student has interned for the Syracuse Peace Council since 2014. One student interned that year and one interned at SPC beforehand, according to the school.

In a recent interview for The Algemeiner, Miriam Elman, who serves as incoming executive director of the Academic Engagement Network and associate professor of political science at Syracuse, indicated that the university was mistaken and that at least one student interned with the Syracuse Peace Council in fall 2018 “as part of a three-credit course.”

Avigyle Carmeli, who spoke at SPC’s “Palestine Behind the Wall” event, called Zionism a “racist ideology” and stated that “fighting a racist ideology and sometimes with violence might be the answer for some people.”

Julia Ganson, a former Syracuse University faculty member, agreed when Campus Reform, undercover, asked if people should be “teaching our young kids about Hamas and the good work they do.”

Wheatly also claimed in her response that none of the Syracuse Peace Council members who were caught on camera making inflammatory statements are currently employed at the school. But the provost left out the fact that Ganson, who expressed her support for Hamas, which the U.S. State Department branded a “foreign terrorist organization” in 1997, used to serve as a Syracuse faculty member.

Wheatly cited the university’s anti-discrimination policies in her statement, claiming that the school “does not support any boycott of Israeli academic institutions or faculty, which run counter to the open exchange of knowledge, ideas, and perspectives.”

“Providing credit for experiential learning does not imply that the University endorses any organization outside of its ability to provide an internship,” the provost continued, “but we support the desire to seek new knowledge and create perspectives based on scholarship and research.”

While accredited internships have been made available for the SPC, the author of this article, while inquiring about an internship for a political candidate, was told that was not eligible for internship credit because the school did not want to appear to be endorsing them.

She goes on to claim that “Syracuse University has made clear we support and encourage discussion and debate around important and complex issues of peace, security and justice in the Middle East.” Meanwhile, University leaders forced a shutdown of an Israeli-Palestinian dialogue, this past December, after unidentified objectors complained that it would be too pro-Israel.

Syracuse University’s Hillel chapter issued a separate response, calling statements made on video by members of the Syracuse Peace Council “anti-Semitic and anti-Israel.” Hillel specifically expressed concern over “comments related to using violence against those who identify as Zionists and delegitimizing Israel’s right to exist because ‘Jewish people can live anywhere.’”

Hillel stated that this mindset is “not only an erasure of thousands of years of anti-Semitism and persecution but contributes to an environment where Jewish and pro-Israel students do not feel safe or welcome on campus.”

“Jewish life on campus is strong and vibrant,” the Hillel chapter continued. “Jewish students should not have to hide their identity in the classroom or fear inequitable treatment.”

When asked for further comment on whether Syracuse University will be terminating college credits awarded to students who intern for the Syracuse Peace Council, no representative responded in time for publication.

"SPC condemns anti-semitism, as it does all forms of oppression," the group said. "SPC is committed to nonviolence as an operating principle and that is a central element of our vision for the world we work to create."

"SPC believes that BDS (boycott, divestment and sanctions) as a tactic in putting pressure on a government to change its policies is a nonviolent tactic."

Justine Brooke Murray is a New York Campus Correspondent, reporting on liberal bias and abuse for Campus Reform. She is a Junior at the Maxwell School at Syracuse University, majoring in Political Science. Justine is the Founding Chair of Syracuse University’s Young Americans for Freedom chapter and the former Chief of Staff for the New York Federation of College Republicans. She stood with President Trump at the White House when he signed the Campus Free Speech Executive Order in March 2019. Justine has appeared as a guest on numerous new shows, including FOX News Digital, OANN, the Joe Pags Show and the Dennis Prager show. She is a student ambassador for Prager University where she works on the video production committee. Justine is a fellow for CAMERA on Campus. She also is the reigning Miss Northern Highlands in the Miss America Organization, and uses her title to further promote free speech on college campuses. She will be competing for Miss New Jersey this June.