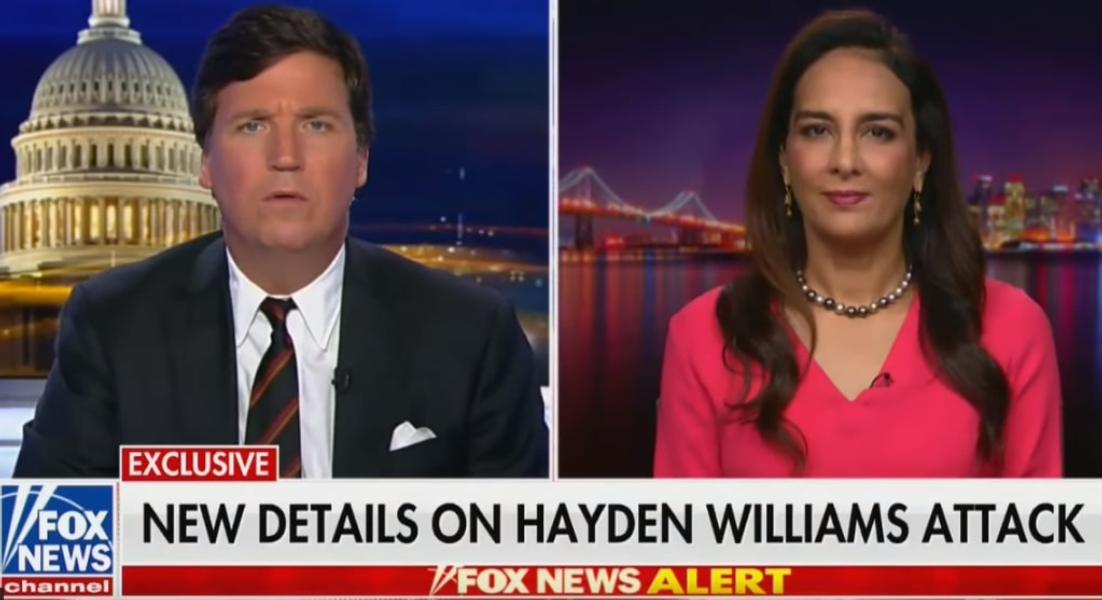 Harmeet Dhillon, the attorney for Leadership Institute Field Representative Hayden Williams, who was assaulted on the campus of the University of California-Berkeley in February, told Fox's Tucker Carlson Wednesday night that 28-year-old Zachary Greenberg, who police say is the man in the viral video who punched Williams in the face, has an extensive history of involvement in the judicial system.

Dhillon, who was present at Greenberg's arraignment in a California court where he pleaded not guilty to three felony charges and one misdemeanor charge, said that she throughout the course of her research on behalf of her client, Williams, she has uncovered several legal matters in which he has been involved.

"Mr. Greenberg, over the last couple of years, has had numerous incidents where he's filed restraining orders against his roommates in multiple group houses and then moved out of those group houses. His roommates have put in evidence that has been more believable by the court that none of those incidents happened," Dhillon told Carlson.

"He's also had a restraining order filed against him by a former roommate, which was granted by a court and as a result of that restraining he had to turn in his guns to authorities," Dhillon added. "He has filed several lawsuits against landlords that were later dismissed by the courts, found not to be valid, and he has filed small claims claims [sic] against roommates, again, found not be sustained for the most part."

"Almost a dozen lawsuits that I've uncovered that this man is involved in," Dhillon said.