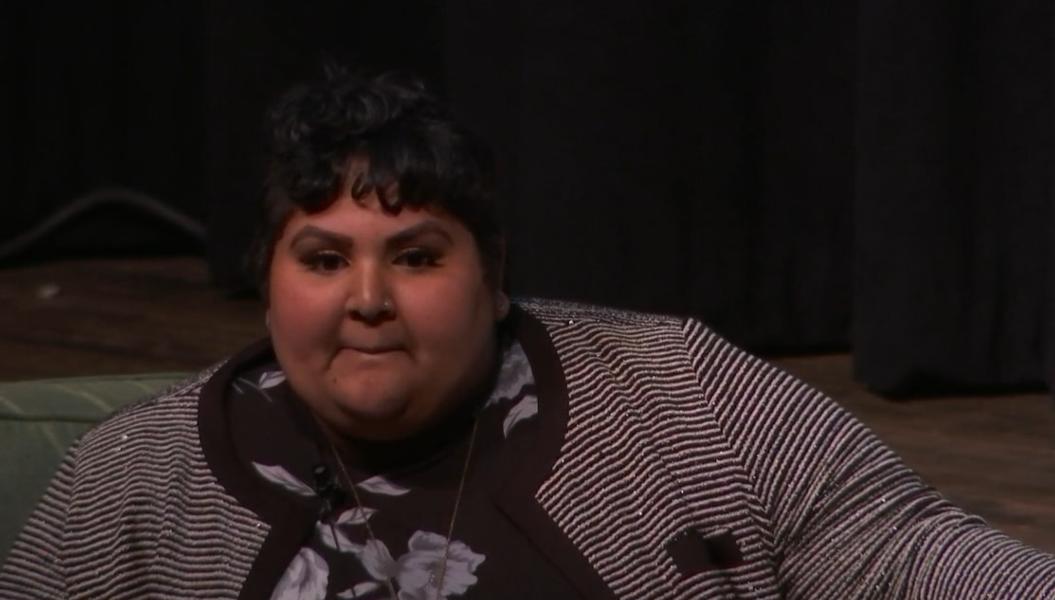 She continued, “I experience diet culture as a form of assault because it impacts the way that I experience my body.”

These comments and more were made in the context of her two-hour speech, sponsored by St. Olaf College’s Wellness Center, Women's and Gender Studies Department, and Center for Equity and Inclusion, on the topic of “radical fat liberation.” The talk included assertions that fitness contributed to the recent Christchurch shooting, that people should "challenge" the rule of law, as well as the authority of and the police.

“Tonight we're gonna start by talking about how to politicize our definition of body image,” Rashatwar began, “because oftentimes we actually get stuck thinking of it from a white supremacist lense.” She explained how “white supremacy happens every day in all these little little things.”

During the course of her talk, Rashatwar listed science as one of these supposedly white supremacist everyday things.

“We should be critical of the use of science and the production of knowledge to continue promoting this idea that certain bodies are fit, able, and desirable...is it my fatness that causes my high blood pressure, or is it my experience of weight stigma?" Rashatwar asked. She then connected the science suggesting that obesity is unhealthy to Nazism, saying that "fatphobic" science is “often actually eugenic science....eugenic science is Nazi science.”

However, she then pivoted to support scientific findings as she pondered “intentionally pursuing weight loss,” claiming that “what we’re discovering scientifically is that that’s not possible.”

After addressing the topic of science and making her claim that there is no connection between high blood pressure and obesity, Rashatwar turned to discuss political philosophy and policy.

“This conversation about pushing off our own wellbeing onto the individual is part of these 1980s Reagan era policies that again try to move that structural obligation of a system and this social safety net onto the individual," Rashatwar said, "instead of thinking that there should be social supports that also help me to subsidize my food costs."

Rashatwar specified how she personally enacts these ideas in her life as a sexual trauma therapist. She said that in her professional role, her code of ethics dictates an absolute prohibition on physical contact with clients. However, Rashatwar claimed that “I will never live by a professional code of ethics that tells me what I am allowed and not allowed to do with my body.”

After the lecture, Campus Reform spoke with Will Douty, a freshman St. Olaf student in attendance, who has lost over 100 pounds during his own personal health journey.

“The entire speech was very troubling to me,”  Douty said. “I know from personal experience that health is absolutely connected with weight... when you decide to give up and claim that doctors are lying to you and you’re perfect the way you are, all you truly end up with is repressed emotions and an early funeral...I can guarantee that maintaining healthy eating habits will help me live a much longer and healthier life than I was originally on track to have. Your life can only improve if you take responsibility for yourself.”

Campus Reform also reached out to the St. Olaf media department about Rashatwar’s claims that the values of a fitness instructor parallel those of the Third Reich. No response was received in time for publication.

Kyle M. Hooten is a Minnesota Campus Correspondent and reports on liberal bias and abuse on campus for Campus Reform. He attends St. Olaf College where he studies Political Science and History. Additionally, he serves as Secretary for Minnesota College Republicans and Director of Recruitment for St. Olaf Turning Point.