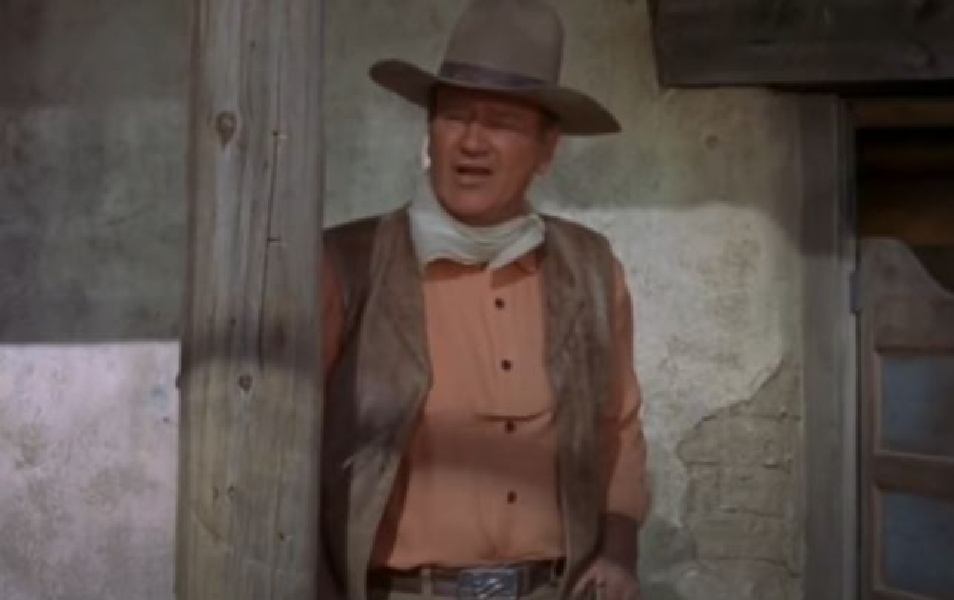 The University of Southern California's School of Cinematic Arts announced that it will remove its exhibit to John Wayne, one of the most popular actors of the early 20th century.

This decision comes after students demanded the school remove it after a comment Wayne made to Playboy in a 1971 interview.

"we are working to build a stronger and more supportive community for our BIPOC [Black, Indigenous, and People of Color] students"

The interviewer asked the question, “Angela Davis claims that those who would revoke her teaching credentials on ideological grounds are actually discriminating against her because she’s black. Do you think there’s any truth in that?”

Wayne responded by saying, “with a lot of blacks, there’s quite a bit of resentment along with their dissent, and possibly rightfully so. But we can’t all of a sudden get down on our knees and turn everything over to the leadership of the blacks. I believe in white supremacy until the blacks are educated to a point of responsibility. I don’t believe in giving authority and positions of leadership and judgment to irresponsible people.”

In the school’s Twitter announcement to remove the John Wayne exhibit, Assistant Dean of Diversity and Inclusion Evan Hughes said, “Conversations about systemic racism in our cultural institutions along with the recent global, civil uprising by the Black Lives Matter Movement require that we consider the role our School can play as a change maker in promoting antiracist cultural values and experiences. Therefore, it has been decided that the Wayne exhibit will be removed."

“Please know that we are working to build a stronger and more supportive community for our BIPOC [Black, Indigenous, and People of Color] students,” Hughes added.

USC previously faced calls to remove the John Wayne exhibit. In December 2019, the School of Cinematic Arts said that the exhibit would continue to exist, but with the space altered to showcase the American West through a different perspective.

In 2019, Director of the Fischer Museum of Art Selma Holo said, “We have to be [transparent], whether we are the makers of these shows, exhibitions and museums, or the visitors, because people like me are both [...] we have to call it. We have to say ‘this is unfair, it’s unjust, it’s colonializing, it’s whatever it is, and I don’t think we can expect any museum to be perfect."

"We do, however, more and more, have the right to expect them to be transparent," Holo said, according to the Daily Trojan.