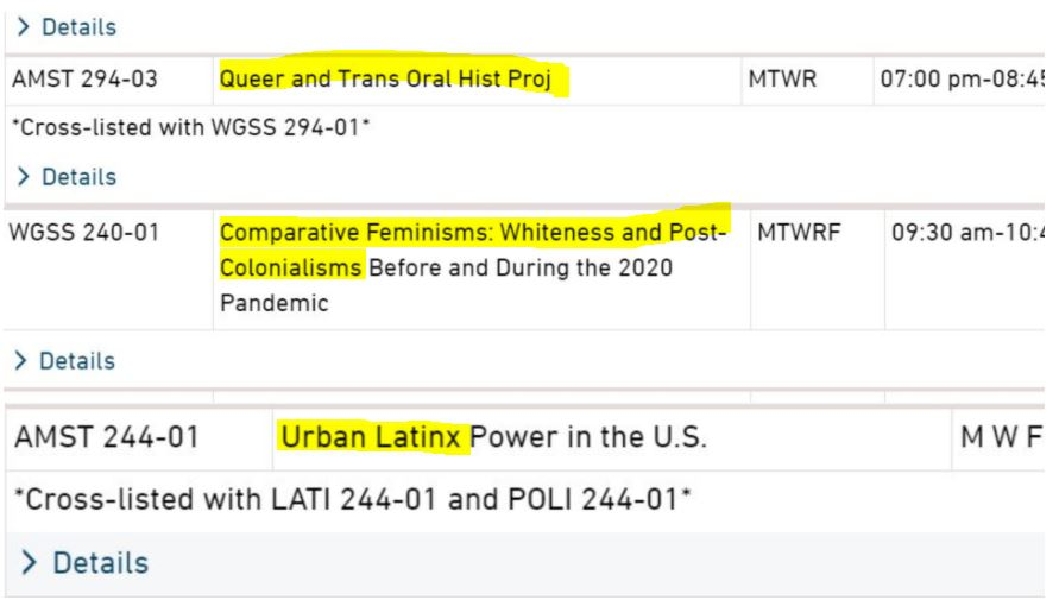 Macalester College in Minnesota is located in the center of ongoing racial unrest and protests. Just this month, the Minneapolis 5th precinct was vandalized and protesters shot fireworks at police officers.

Following the death of George Floyd, various academic departments at Macalester came out condemning racial disparities and committed themselves to take action.

“Oral history offers [the] possibility for queer and trans people to tell their own stories, and, in doing so, give more nuanced, complex analysis of identity, activism, and of the intersectional operations of systems of power"

Now, the school has released its Fall 2020 courses, and the new class schedule is filled with classes embracing identity-based movements.

One of the new classes is, “Comparative Feminisms: Whiteness and Post-Colonialisms Before and During the 2020 Pandemic.” According to the course description, it is based "on the premise that 'whiteness' as an academic/social framework stems from and is intertwined with social and political identity-based movements."

Another class is called “Queer and Trans Oral Hist Proj.” The course description says that the narratives behind gender transgression are determined by “powerful, cis-dominated institutions” such as “the media, schools, police, the law, doctors, and psychiatrists.” According to the course description, “These are institutions structured by a racialized, heteronormative gender binary, and for whom trans people pose a problem to be managed.”

Beam said that students who take the course will contribute to an online archive of queer and trans oral history.

[RELATED: EXCLUSIVE: A look inside a mandatory 'anti-racism' course]

“Oral history offers [the] possibility for queer and trans people to tell their own stories, and, in doing so, give more nuanced, complex analysis of identity, activism, and of the intersectional operations of systems of power,” Beam said.

There is even a class called “Urban Latinx Power in the U.S," that will touch on subjects like "anti-immigrant ballot initiatives" and "racial profiling."

Campus Reform reached out to Macalester College for a statement but did not hear back in time for publication.