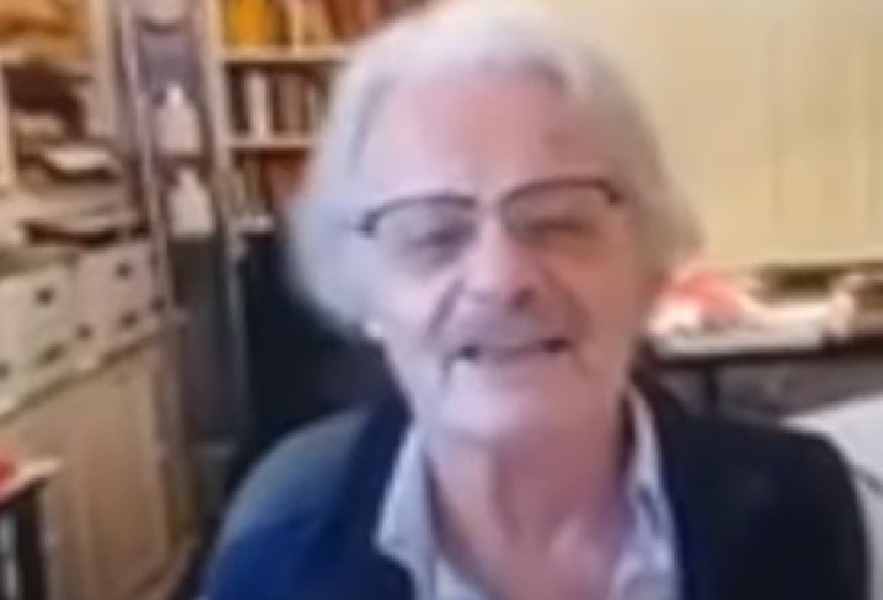 The former chair of the Tulane University Department of Political Science compared the Trump Administration to 20th-century fascism in a course, titled, “Fascism: Theory and Practice.”

“Like most universities, there is a liberal dominance on campus in and out of the classroom"

In video footage provided exclusively to Campus Reform, Thompson is heard saying “...Trump and the current Republican administration are moving towards or have moved towards acting in a fascist manner…authoritarian, populist, but also specifically fascist."

“That was one of the reasons why I thought it would be a very good idea to put on an academic course on fascism,” Thompson continued. "It’s a subject that’s interested me for a very long time."

A student attending the class told Campus Reform, “To me, it was just absurd and honestly disgusting to open a class with the statements that Professor Thompson made. He didn’t even provide an introduction to fascism and just went right into targeting our president and his administration, as well as his supporters and all Republicans.”

“This happened within the first five minutes of class, so I can’t imagine stuff he would go on to say throughout the whole semester,” the student continued.

In a second clip, Thompson highlighted one difference he found between classical examples of fascism and the current administration.

“And to the extent that you might compare the ambitions and the supporters of the...politicians who led these fascist movements,” Thompson said, “you’ll see they were much more intellectual." According to Thompson, these historical figures were “much more well-founded in traditions (which they rejected of), but for understandable and powerful reasons central to western civilization, they were much more well versed than anybody in the Trump regime.”

Thompson said, "we have intellectual tiny people," adding, “perhaps it’s better that way. That will be a question for you to judge, not for me…"

When Campus Reform asked Thompson for clarification on whether he believes the Trump Administration is “fascist,” he replied, “I haven't studied the administration at all, so I don't have sufficient evidence to make such a claim.”

Thompson also said that he doesn’t think that “anyone I've heard of in the Trump administration could define Fascism in anything like a satisfactory fashion if they were asked to do so and you cannot be a Fascist without knowing the range of core ideas and practical political commitments that make up what the term has meant and nowadays might meaningfully mean.”

“Anyway,” Thompson continued, “whatever my personal view might turn out to be, it would have no bearing on the course of study I am asking students to pursue.”

“Accusations of ‘Fascism’ are in the air in Europe as well as here in America,” Thompson said in an email to Campus Reform. “None of them are entirely without some basis - especially where ‘fascism’ is equated with all kinds of populist nationalisms. But our class is concerned to work out what the term actually meant historically and what it might mean conceptually nowadays before we go along with debasing the concept and the linguistic currency associated with it even further.”

The student who provided Campus Reform with the footage said they took the course to gain a deeper understanding of fascism.

"I have had other classes mention it here and there, but I definitely wanted a deeper look into the history of fascism and modern fascism. I think a lot of people my age don’t genuinely know what fascism is but throw it around in conversations. I wanted to get a more in-depth understanding of the subject," the student said.

The student continued, “I have no doubt that many students in the class don’t even know what true fascism is. Introducing a subject matter the way he did does so much damage and can greatly influence the way students will formulate their opinions on the subject matter.”

According to the course syllabus provided to Campus Reform by the student,  Thompson wrote, “With some justification, the policies and practices of Donald Trump and his Republican supporters have been condemned by their opponents as Fascist.” The course description explain ed how the class will explore the history and meaning of fascism as it has evolved over time to learn if Trump governs in a fascist manner.

"But is this really the case?" the provided syllabus stated. "Were the sacrifices of the so-called 'greatest generation' during World War Two really in vain? Did the Allied forces defeat Fascism in the Second World War only to capitulate to newly minted fascist movements in the twenty-first century? Or is the opposition rhetoric in America, Germany, Italy and so on greatly overblown?”

To the student attending the class, Thompson’s method of teaching “reflects poorly” on Tulane University.

“Like most universities, there is a liberal dominance on campus in and out of the classroom. While Tulane is a very welcoming and positive school, there really is no political tolerance from a lot of the professors, as well as the students," the student said.

“A lot of students refuse to even just listen to any opposing views,” the student said. “There is never really a fair shot in an open debate or even a simple discussion on politics because conservatives for the most part either don’t feel the need to speak up in class or are scared to have it influence their grade.”

In the course materials, Thompson referenced a number of editorials that make similar arguments linking Trump to fascism, including one op-ed from Robert Kagan published in the Washington Post, titled, “This is how fascism comes to America.”

Published in May 2016, Kagan wrote of the Trump campaign, “This is how fascism comes to America, not with jackboots and salutes (although there have been salutes, and a whiff of violence) but with a television huckster, a phony billionaire, a textbook egomaniac 'tapping into' popular resentments and insecurities, and with an entire national political party — out of ambition or blind party loyalty, or simply out of fear — falling into line behind him.”

Thompson also referenced a second opinion editorial published by the Guardian in July 2019 that asks the question, “Is this fascism? No. Could it become fascism? Yes.” Author Andrew Gawthorpe wrote of the Trump presidency, “These are the raw materials out of which a future American fascism might be built.”

Gawthrope continued, “it is no longer unimaginable, and it will become even less so if white, Christian America continues to react to its loss of power in the same way. For this reason, the word fascist deserves its place in the political vocabulary of our time, not as a description of the present, but as a foreboding of one possible dark future.”

Tulane University did not respond to requests for comment in time for publication.

Wyatt Eichholz is an Alabama Campus Correspondent, reporting liberal bias and abuse on college campuses. He is a student at the University of Alabama studying Economics. Wyatt is also involved in the Young Americans for Freedom chapter on campus and regularly attends RUF events. Last summer, Wyatt attended Generation Joshua’s Statecraft camp in Virginia and had the incredible opportunity to meet Vice President Pence.