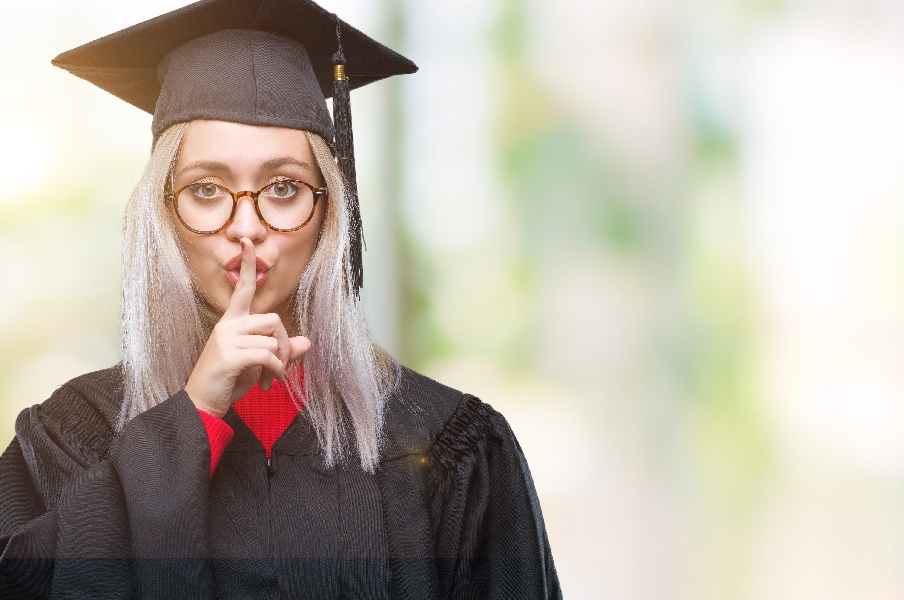 A national poll recently published by the  Cato Institute, a Washington, D.C.-based libertarian think-tank, found that a majority of Republican college graduates fear their political views will harm their careers

The same poll found that a high percentage of young people support the firing of Trump supporters.

“This suggests that those who fear reprisal or economic penalty for their political views are not entirely distinct from those who seek the same for others."

As more conservatives are put under scrutiny for publicly sharing their beliefs, self-censorship has become an attractive option for a majority of Americans.

Campus Reform recently reported on the firing of the Dean of Nursing at the University of Massachusetts-Lowell after saying “Everyone’s Life Matters” in an email to colleagues.

A  Milwaukee woman claimed that she was fired for posting a pro-Trump message on her social media because her office manager wanted to avoid getting “bad reviews.”

A Michigan teacher claimed he was fired over pro-Trump tweets, because “students might not want to be in my class.”

The Cato Institute partnered with YouGov to conduct a Summer 2020 National Survey of 2,000 Americans 18 years and older.

Even though Americans are protected by the First Amendment, this study found that a majority of Americans are wary to share their political beliefs publicly. It found that  77 percent of Republicans reported they have political views that they are “afraid to share” while just over half of Democrats (52 percent) feel the same.

In 2017, 58 percent of all Americans admitted to practicing self-censorship, a four-percent increase in just three years.

More Republicans expressed worried about their political opinions affecting their future careers than Democrats. The poll found that 38 percent of Republicans surveyed admitted to having such anxiety compared with just 28 percent of Democrats.

Young people are especially worried about this possibility. 37 percent of all Americans under thirty years old feel that their political beliefs could negatively impact their career path. But when looking at just Republican respondents, the study found that over half fear their opinions could harm their future careers. Only 33 percent of Democrats in this category expressed a similar worry about their views impacting future employment.

The study also found that Americans’ levels of concern lie in an educational divide.

As a whole, Americans who hold the highest degrees are most worried that their careers will be negatively affected if their employer finds out about their political leanings. The poll found that 44 percent of Americans with post‐graduate degrees report having this worry compared to about one-third of college graduates, and only a quarter of high-school graduates.

Three in five Republicans who hold advanced degrees say that they are worried their political beliefs will harm them at work while only one-quarter of Democrats in that category feel the same.

[RELATED: STUDY: Profs donate to Dems over Republicans by 95:1 ratio]

The study also asked respondents whether they would support the firing of either Biden or Trump donors. One-third of those who worry about their own political leanings affecting their employment admitted that they would back such a decision.

“This suggests that those who fear reprisal or economic penalty for their political views are not entirely distinct from those who seek the same for others,” Cato concluded.

The report noted that “this large number from across demographic groups suggests withheld opinions may not simply be radical or fringe perspectives in the process of being socially marginalized,” adding “instead many of these opinions may be shared by a large number of people. Opinions so widely shared are likely shaping how people think about salient policy issues and ultimately impacting how they vote."

"But if people feel they cannot discuss these important policy matters, such views will not have an opportunity to be scrutinized, understood, or reformed," Cato added.