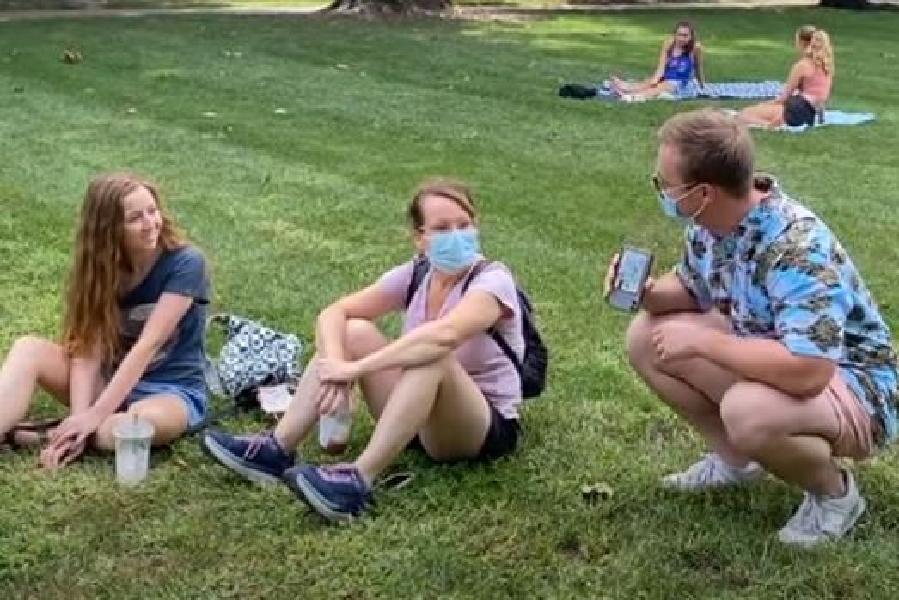 As the election is fast approaching, Democratic Vice Presidential nominee Sen. Kamala Harris (D-Calif.) has received a lot of backlash on the campaign trail over her record related to criminal justice issues.

Meanwhile, President Donald Trump implemented the First Step Act, which assessed the risk of individual inmates to reduce the prison population while aiming to keep the most violent offenders behind bars.

“Giving people a second chance is a good thing"

Campus Reform Senior Correspondent Addison Smith went to the University of Virginia to ask students about Trump’s First Step Act but told them that it was Harris’ “Second Chance Act."

So, how did students respond?

“Yeah, I see that as a good thing,” responded one student, when they were initially told of Harris’ supposed "Second Chance Act’"

“Some people need a second chance in life,” the student added.

“Giving people a second chance is a good thing,” one said.

Many students were not surprised to hear of the comparison when they did not know the roles were reversed.

“I would say with today’s media, that doesn’t really surprise me,” said one student when they were told that Harris’ controversies were actually Donald Trump’s.

“I doesn’t really surprise me,” another student said, adding that it seems correct given how the media covers Trump.

“From what the media portrays of Donald Trump, I feel like that sounds on par with everything else I’ve heard,” she said.

Smith then described Kamala Harris’ controversial record on nonviolent drug offenses but told them it was Trump's record.

"Actually, that’s not at all what I heard. I’ve actually heard that it was Kamala Harris,” one student said.

A second student caught on to these claims, and correctly attributed the First Step Act to Trump.

Another student credited Trump for his use of presidential pardons.

“I do think that Trump has pardoned some people that should be pardoned,” he said. “Trump has done some bad, but there’s also some good he has done that I don’t think is talked about a lot."

Students said they were not surprised to learn of Trump's criminal justice record.

“I don’t think it would surprise me to be honest,” said one student. “The media can kind of swing things whichever way they want.”

“I wouldn’t say [I’m] surprised all that much,” another student expressed. “I don’t really know all that much about Kamala Harris, but saying that, like, those roles were reversed, I can like, I can see that,” he added.