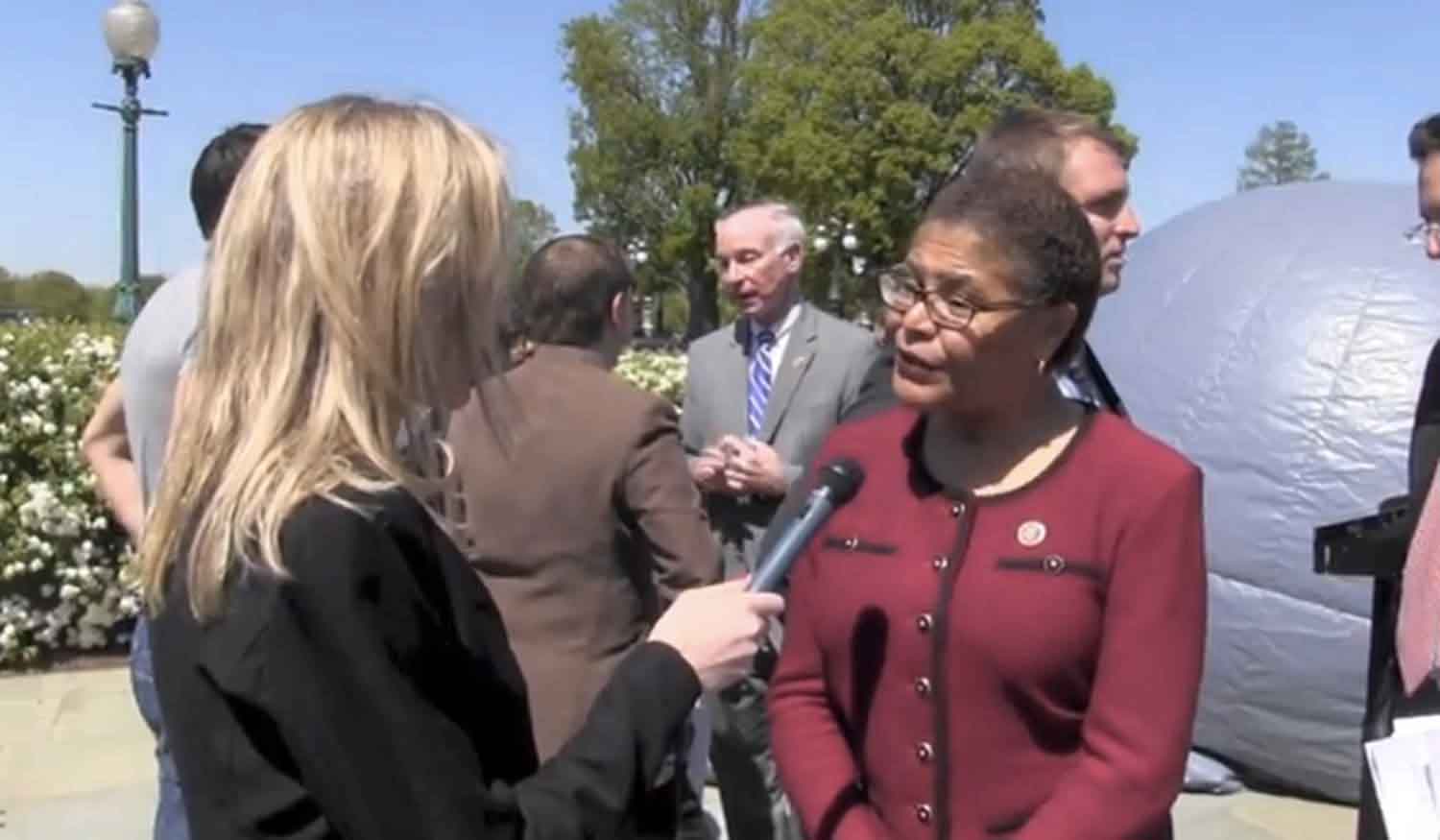 “I think in the same way Congress bailed out the banks, we need to bail out our youth,” she said speaking outside of the Capitol building in Washington D.C.

“Why don’t we look at some of the people, not just the banks, that put us in the crisis that we’re in, why aren’t fees applied to them that could be applied to student loan debt,” she said.

When asked which companies and people should pay, Rep. Bass offered none, but referred to newly-minted  Sen. Elizabeth Warren (R-Ma.) as a supporter of her ideas.

“Senator Warren, she has had a number of hearings in the Senate Finance Committee, and she’s essentially gone down the line and said, ‘Was anybody charged? Was anybody convicted? Did anybody have to pay any penalties?’” said Bass.

“[R]ather than naming companies, we just need to reflect back on the whole crisis in ‘08 and ‘09, and look back at some of the individuals and companies,” she concluded.

Rep. Bass made the remarks after speaking about student loan debt near Capitol Hill.