A student at a public university in California is alleging school officials ordered her to remove a cross necklace while she was working at an orientation fair because they feared others find the religious symbol offensive. An official at a public university allegedly ordered a student to remove a cross necklace she was wearing because "it might offend others."

Nineteen year-old Audrey Jarvis, an employee of Sonoma State University’s (SSU) Associated Students Productions (ASP), told FOX News her supervisor initially ordered her to remove the necklace because “it might offend others, it might make incoming students feel unwelcome, or it might cause incoming students to feel that ASP was not an organization they should join.”

In a second encounter, her supervisor reportedly told her to hide the cross under her shirt or remove it.

Jarvis, identifies as devout Catholic, said she was in “complete shock” and “thrown for a loop” by her supervisor’s instructions.

“I was offended because I believe as a Christian woman it is my prerogative to display my faith any way I like so long as it is not harming anyone else,” Jarvis told FOX News. “I was very hurt and felt as if the university’s mission statement – which includes tolerance and inclusivity to all – was violated.”

Liberty Institute attorney Hiram Sasser, who is now representing Jarvis, says SSU should apologize for its actions, adding that university officials were wrong to demand the removal of the religious jewelry.

“State employees may wear crosses while they are performing their duties as long as the wearing does not interfere with the employees’ duties or harm the employer’s business interests,” Sasser told FOX News.

Campus Reform was unable to reach Jarvis nor a spokesperson for SSU to comment by the time of publication. 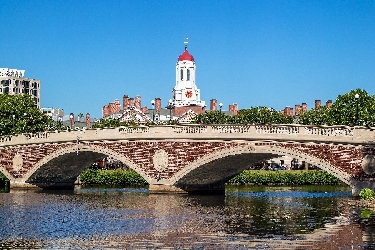 POLL: Only 7.4 percent of incoming Harvard students are conservative Shares