Professor who killed entire family will teach at university this fall 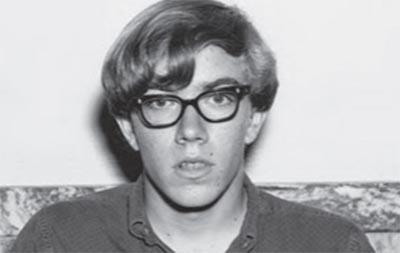 Administrators at a private university in Illinois are standing by a professor, despite revelations that he shot and killed his father, mother, and teenage sister in 1967.

In a statement issued Tuesday, officials at Millikin University said they would allow the Psychology professor, James St. James, to continue teaching despite having learned of his past.

On August 4, 1967, a 16-year old St. James reportedly walked into his family’s living room with a .22 caliber rifle, shot his father twice in the chest, walked to his teenage sister’s room and shot her in the chest. When she fell to the ground, he fired an additional round in her face. St. James then fired a round in his mother’s chest and shot her an additional two times in the head.

St. James admitted to the killings at the time, but was found “not guilty” by reason of insanity. He spent the following six years in a mental institution and was released, according to the Georgetown Advocate, a local newspaper based in Texas, where the killings occurred.

In the statement Tuesday, Millikin University officials said they would permit St. James to continue teaching despite the surprising revelations.

“Milikin University has only recently been made aware of Dr. St James’ past,” said the statement provided to Campus Reform. “Given the traumatic experiences of his childhood, Dr. St. James’ efforts to build his life and obtain a successful professional career have been remarkable.”

“The University expects Dr. St. James to teach at Milikin this fall,” it added.

After St. James emerged from the mental institution in 1974, he reportedly changed his name, and then earned a doctoral degree in psychology. He went on to become a professor of psychology at Milikin University in 1986.

His past was recently uncovered in a two-year investigation by the Georgetown Advocate in a story published late last month.

St. James has taught at Milikin University for 27 years and was the 1997 recipient of the Teaching Excellence and Leadership Award, the Presbyterian university added in their statement.