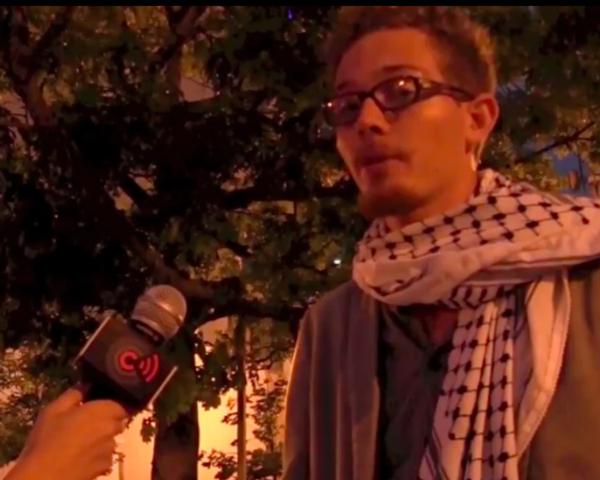 Dozens of students decried the state of Israel at a “Day of Anger” rally outside the American Israeli Political Action Committee (AIPAC) headquarters in Washington D.C., on Thursday.

“Jews have had their golden age under Muslim rule,”  said Mohammad Abou-Ghazala, a student from nearby George Mason University, who identified as a Muslim.

“But Israelis?” he asked. “I have not problem with Israelis.”

WATCH: Students say U.S. should end its support of Israel

Editor's note: This story was revised at 7:55 p.m., Friday, August 19, to include the correct video.