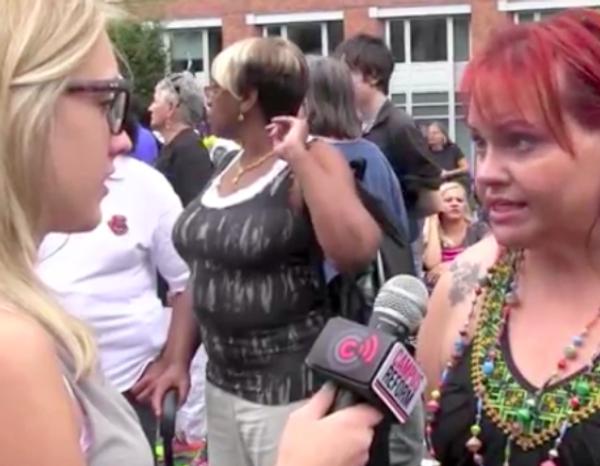 Condoms, clean syringes, and a job are among the rights guaranteed to young people and college aged Americans by the U.S. Constitution, said some attendees at Wednesday’s 50th anniversary March on Washington for Jobs and Freedom.

“Transportation is a right as much as education or having a job is a right,” a Howard University student told Campus Reform at the rally on Wednesday. People who who do not live near public transit also have a right to a car, she added.

Almost all participants interviewed agreed that the Constitution guarantees the right to a job.

“Everyone has the right to a job,” another said. “I don’t care if you’re college, high school, you dropped out, or whatever.”

Another attendee, a representative of the organization Helping Individual Prostitutes Survive (HIPS), stated that all individuals had the right to free condoms and clean syringes.

Other “rights” cited by the attendees including the right to smoke marijuana and the right to Internet access.