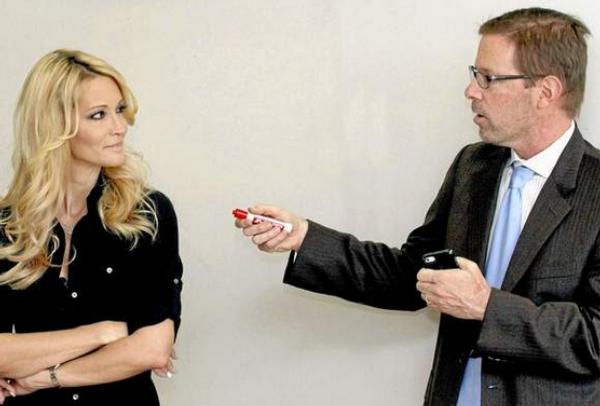 Schwyzer apparently made the confession from a nearby mental hospital as part of the 10-days of atonement included in the Jewish New Year holiday of Rosh HaShana.

“I want people to have compassion for me and to recognize that if they are frustrated or angry with me I did... things because I am sick,” he said, according to the Pasadena Star-News. “I’m a fraud.”

PCC's General Counsel Gail Cooper was swift to condemn Schwyzer's admission last week, saying the school will not “condone or tolerate such behavior by any faculty member.”

We will “act swiftly to conduct an investigation and hold Mr. Schwyzer accountable for his actions while an employee,” the statement continued.

In his apology to the Star-News, Schwyzer suggested he realized his actions were wrong while he was doing them.

“I was fraudulent in that I stated it was wrong for older men to have sexual relationships with younger women,” he said. “But in practice I continued to have relationships with women who were young enough to be my daughter and there’s a lot of fraud and hypocrisy in that.”