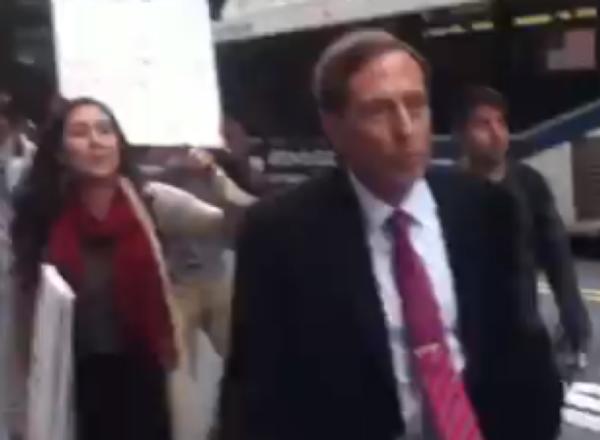 A number of students appear in a grainy YouTube video harassing former Gen. David Petraeus as he reportedly made on his way to teach his very first class at the City University of New York (CUNY) on Monday.

"Petreaus out of CUNY", they chanted in the video, which was also posted on Monday and now enjoys over 10,000 views.

"Murderer, disgusting... You have blood all over you," another protester screeched. "Why are you teaching at CUNY? What do you have to say?"

In the video, the former director of the CIA appears walking calmly down the busy New York street as the small mob, composed of students, according to The Business Insider, continued to throw insults at him.

Campus Reform and a number of other news outlets reported in July that Petraeus was to receive more than $200,000 to teach a single course this semester called,“Are We on the Threshold of the North American Decade?”

That number has since been lowered to $1.