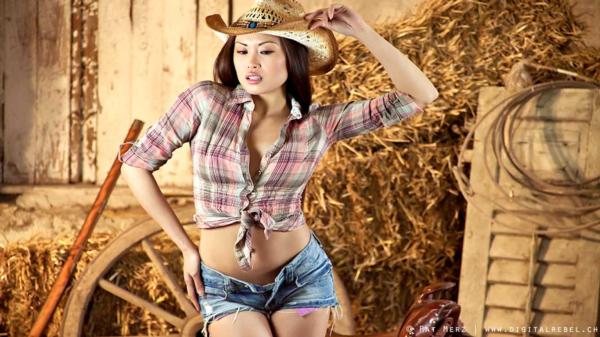 The dean of the University of Colorado Boulder (CU) sent a letter to students condemning "offensive" Halloween costumes including cowboys, Indians, "white trash" and anything that involves a student wearing a sombrero.

"If you are planning to celebrate Halloween by dressing up in a costume, consider the impact your costume decision may have on others in the CU community," states the letter, signed by Dean of Students Christina Gonzales.

"When you dress up as a cowboy and you have your Sheriff badge on and a big cowboy hat, that's not a representation of a cowboy... that's kind of a crude stereotype."

"For example, the CU-Boulder community has in the past witnessed and been impacted by people who dressed in costumes that included... sombreros/serapes; people have also chosen costumes that portray particular cultural identities as overly sexualized, such as geishas, "squaws," or stereotypical, such as cowboys and Indians," it continues.

CU spokesman Bronson Hilliard told Campus Reform on Wednesday that as someone from a ranch family, he considers traditional cowboy costumes "crude."

The letter also condemns any costumes that "reinforce negative representations of cultures as being associated with poverty," including "white trash" or "hillbilly costumes," or those associated with "crime or sex work."

"If you're a hillbilly or white trash or ghetto something, your crude, kind of insensitive intentions aren't really that funny," Hilliard said.

Hilliard added that although the school does condemn such costumes, students would not be formally punished for wearing them.

A similar letter was sent out to students at the University of Minnesota-Twin Cities earlier this month. 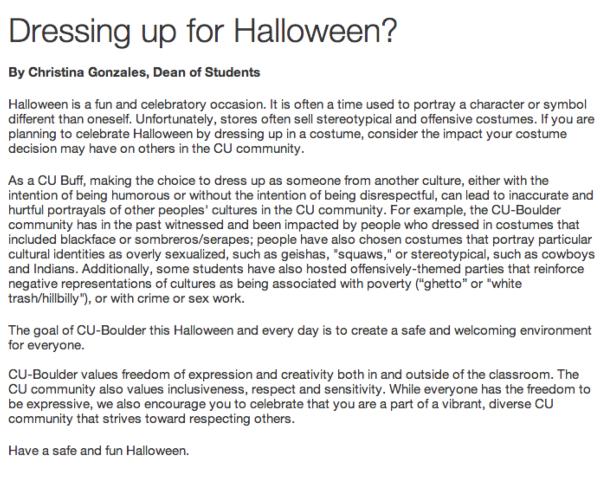