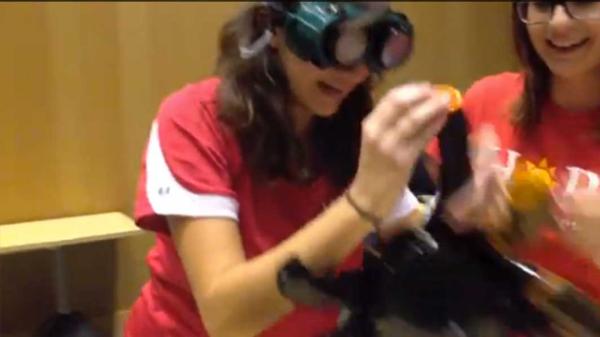 A public university in Pennsylvania hosted a Halloween-themed event during which students put condoms on objects including skeletons, skulls and pool sticks.

Senior Sami Parks said she had a similar reaction about the elasticity of condoms.

“We tried stretching condoms over pool sticks,” senior Sami Parks said. “And they went all the way!”

The event was sponsored by Adiago Health and HOPE Peer Education Mentors, a school-sponsored student group.

Slippery Rock is a public university and so receives federal and state tax dollars.