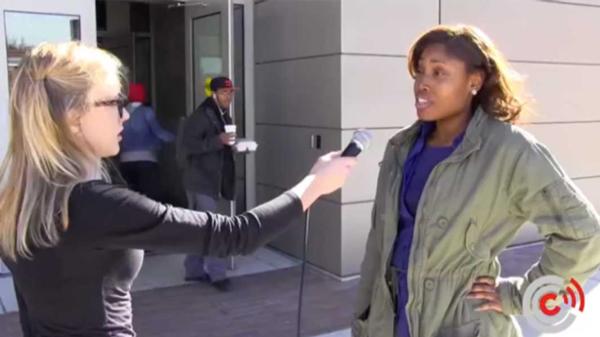 Students at Bowie State University assailed the Affordable Care Act (ACA) on Thursday after administrators cancelled a low cost school-wide health care plan due to new regulations in the law.

Many students told Campus Reform that the now cancelled plans, which provided coverage for just $50 per semester, were the only insurance they could afford.

"I can't afford anything right now," one said. "I can't even afford my loans."

"We don't have that money," said another. "We can barely afford books."

Several students said that they felt they had been let down.

"It's stupid and it's Obama's fault," one said. "You haven't done anything, Obama, and I'm disappointed in you."

"What it was hyped up to be, was that it was supposed to solve a lot of problems and help a lot of people, and its not really doing that," said another.

Many students had no idea the plans had been canceled, which was announced only in an email to their school addresses.

In a statement to Campus Reform, Bowie State said it was confident that Obamacare would fill the void left by the canceled plans.

"Most students are now able to be covered under their parent’s health plans up to age 26 at no additional cost and new affordable coverage is becoming available through the Maryland State Insurance Exchange System," it read.

Campus Reform conducted the interviews with student Eugene Craig III, who first wrote about canceled plans in an article in the school's alternative newspaper, The Bulldog Collegian.