'Rich girl' who wrote article slamming poor: People would like me if they knew I was gay 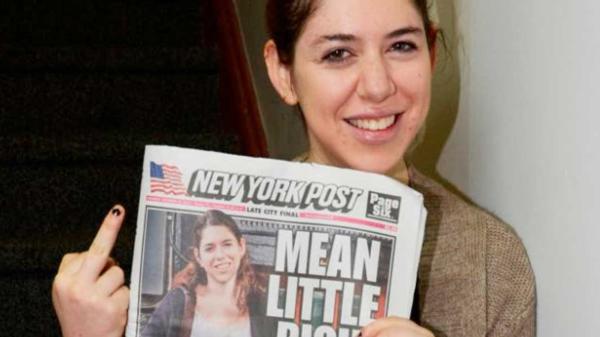 A self-proclaimed "rich" New York college student who told poor people jealous of her money to "fuck off" is slamming the media for not covering her homosexuality, claiming the LGBT community would have defended her and she would have appeared more sympathetic.

"While my sexuality is irrelevant to the topic of my article, it still is part of who I am and should not be ignored," 20-year-old Rachael Sacks wrote in an article in Thought Catalog, citing pictures on her Facebook profile and Pride flags in the window of her apartment as evidence of her "obvious homosexuality."

"The LGBT community now has so much influence in social media that articles would have been written defending me for standing up for my views and attacking those bullying me," she wrote on Dec. 30. "It would have been easier to frame me as a sympathetic person instead of attacking my appearance, my family, and other irrelevant things."

Sacks entered the public eye after her October article, "I'm Not Going To Pretend To Be Poor To Be Accepted By You," sparked negative reactions from readers.

In the article, she said a cashier and customer glared at her when she entered a grocery store with her "big ass shopping bag" from a sample sale at Mulberry, a British luxury brand.

"I got my purse at a 70% discount so they can fuck off," she wrote. "I am sorry that I was born into great financial circumstances and my father likes to provide for me."

Sacks' Facebook page identifies her as a student at Eugene Lang College The New School for Liberal Arts and a "Bleeding Liberal."