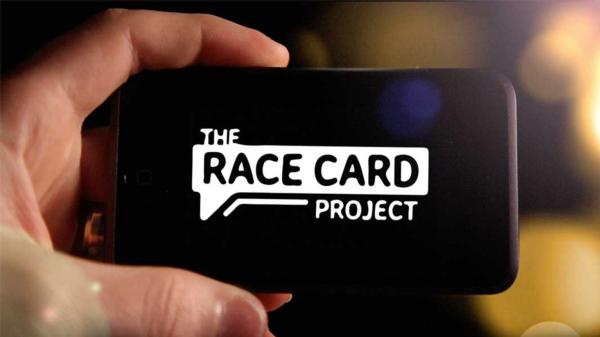 The University of Oregon (UO) put on a production about race in which one student repeatedly asked "I don't know why I'm white."

"I didn't choose to be white. As a matter of fact, I don't even know why I'm white," said Eric Braman during the Nov. 13 event.

"Why was I supposed to feel so bad about my whiteness when I didn't even have any connection to how I got it?"

The production was an an adaptation of National Public Radio host Michele Norris' "The Race Card Project," according to the school's official website.

"How would you distill your thoughts, experiences or observations about race into one sentence that only has six words?" asks the initiative's official website.

At the start of the production, students read some of these responses, which included everything from "So scared that Zimmerman is Jewish" to "I am fortunate to be Caucasian" to "Nobody asks me about hot sauce."

Others included "Not all Mexicans can do landscaping," "Loving my butt and hair? Impossible" and "Embarrassed that I'm afraid of black boys."

As the skit continued, students elaborated on their personal experiences with race.

Braman, who identified himself at the end as a gay white male, described his experience with white guilt after learning about slavery and civil rights in grade school and white privilege in high school.

"I remember being so frustrated and angry that I had privilege just because I was white, and now because of that I had to feel bad about it," he said. "I didn't choose to be white. As a matter of fact, I don't even know why I'm white," he said, explaining that neither of his parents had shared his specific family history with him.

"Why was I supposed to feel so bad about my whiteness when I didn't even have any connection to how I got it?"

He said those feelings caused him to exhibit what he called "some pretty ignorant racism."

Other students' stories included a Latin female who said she felt out-of-touch with her family due to her lighter skin, interest in school and small breasts, and a mixed race male who felt upset when asked to choose one race on a standardized test.

It was put on on by school theater troupe Rehearsals for Life, which aims to create "opportunities for students to use their creativity to further issues of diversity, equity and access on campus and enhancing their own conflict resolution skills," according to the group's description.

The production was cosponsored with UO Student Affairs and the Center on Diversity and Community. Norris also spoke at the end of the performance.