Report: Students jokingly claim to be gay in national survey, 70 percent are straight 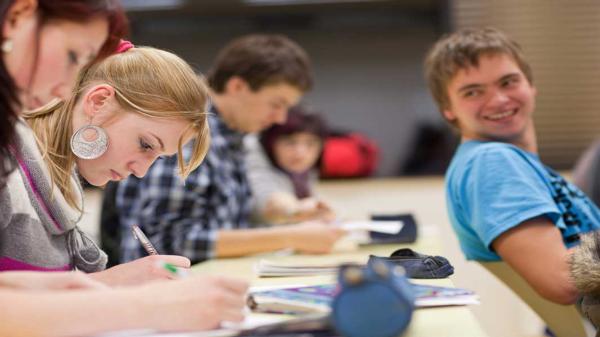 A study by a Cornell University developmental psychologist found that statistics about gay youth may be inaccurate because of "jokesters" who claim to be gay or bisexual when they aren't.

Ritch Savin-Williams, who specializes in the subject, said that many students initially claim to be gay, then later identify as straight because they were either joking or confused.

"More than 70 percent of those who claimed to have a "romantic attraction to someone of the same sex" later identified themselves as being straight."

He added that many researchers choose to ignore this problem, and continue to use the statistics found in the study.

"It's not that we saw something that no one else had seen," Savin-Williams said in an article in Los Angeles Times. "But they kept using the data; people should have said, 'Hold on here, who are these kids?'"

The report looks at the National Longitudinal Study of Adolescent Health, which followed tens of thousands of teens into adulthood. The survey, known as Add Health, is recognized as one of the most important sources of statistics on young people.

More than 70 percent of those who claimed to have a "romantic attraction to someone of the same sex" later identified themselves as being straight.

Although some teens may have been confused about the nature of the question, Savin-Williams said, research claims that others were "jokesters" who answered incorrectly for fun.

Research has also found dishonesty elsewhere in the survey in the past, such as young people falsely claiming to have artificial limbs.

The students who provided inconsistent information about their orientation scored lower in intelligence, which may have caused an inaccurate representation of gay youth.