Despite protest, women’s college refuses to remove realistic statue of man sleepwalking in his underwear 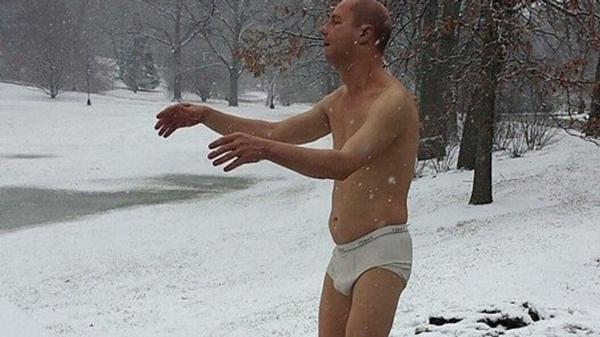 Wellesley College is refusing to remove a realistic outdoor statue of a man sleepwalking in his underwear despite the pleading of students at the all-women’s school.

More than 250 students had signed a petition asking administrators to remove the statue as of Wednesday, according to an article published on Boston.com.

The statue, called Sleepwalker, was placed outdoors in a high-traffic area on campus on Monday as part of an art exhibit at the college’s Davis Museum.

“This highly lifelike sculpture has, within just a few hours of its outdoor installation, become a source of apprehension, fear, and triggering thoughts regarding sexual assault for many members of our campus community,” states the petition, written by senior Lauren Walsh.

“This sculpture, if it is to be displayed at all, should be placed inside the Davis Museum where it cannot surprise and distress students who must travel past it outdoors,” it continues.

But museum director Lisa Fischman said that art is supposed to “evoke response.”

She added that she has been watching as students “interact playfully with the sculpture.”

“They took selfies with him,” she wrote.

Fischman brushed aside any calls to move the statue indoors.

“He appears to have drifted away from wherever he belongs and one wonder why; one wonders also how he has gotten so lost, so off course,” she added. “He is a figure of pathos, and one that warrants measured consideration. Perhaps he carries metaphorical weight.”