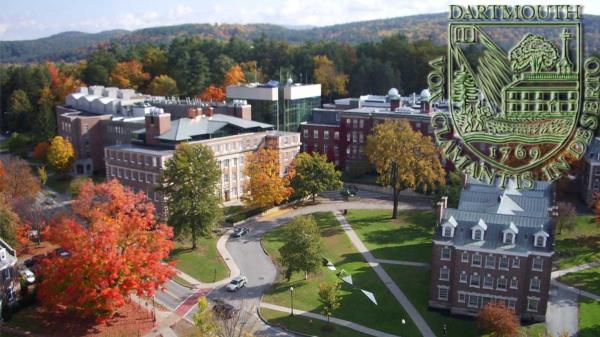 A group of students at Dartmouth College have accused administrators of oppressing marginalized groups so severely that it affects their health and has released a list of 70 demands aimed at solving the problem — threatening “physical action” if they are not addressed by March 24.

“We, the Concerned Asian, Black, Latin@, Native, Undocumented, Queer, and Differently-Abled students at Dartmouth College, seek to eradicate systems of oppression as they affect marginalized communities on this campus,” begins the letter, which the students called the “Freedom Budget.”

"All male-female checkboxes should be replaced with write-in boxes to make forms, surveys and applications more inclusive for trans*, two-spirit, agender, gender-nonconforming and genderqueer folks." - the Freedom Budget

—Institution of a requirement that students take classes “that will challenge their understanding of institutionalized injustice around issues of race, class, gender, sexuality, etc."

—Mandatory sensitivity training for all faculty "to reduce incidents of racism, sexism, heterosexism, classism, and ableism by faculty towards students."

—That the school "create a policy banning the Indian mascot," turning away any student who wore apparel displaying it from an athletic event, and forcing a student newspaper, The Dartmouth Review, to cut all ties with the college if it continues to use the term “Indian” in its text.

—"Departments that do not have womyn or people of color will be considered in crisis and must take urgent and immediate action to right the injustice."

—"Both gender-specific and gender-neutral facilities (bathrooms and changing areas/locker rooms) need to be available in every building on campus."

—Create "a budget that subsidizes travel costs for students whose families cannot afford to come visit during graduation."

—"All male-female checkboxes should be replaced with write-in boxes to make forms, surveys and applications more inclusive for trans*, two-spirit, agender, gender-nonconforming and genderqueer folks. This should be a campus-wide policy."

—"Provide pro bono legal assistance and financial assistance ... for undocumented students to better understand each of their unique legal statuses."

The budget, which was distributed on the campus Listserv early Monday morning, took a month to prepare, according to The Dartmouth, the school’s official newspaper. Though the proposal was apparently drafted by members of the Afro-American Society, it included input from multiple groups on campus.

Afro-American Society academic chair Celeste Winston told The Dartmouth that the threat of “physical action” did not refer to violence, but rather to protests.

According to The Dartmouth, College President Phil Hanlon said that he was pleased the budget included concrete actions for administrators to evaluate and looks forward to discussing the demands.

Nicholas Desatnick, Editor-in-Chief of the conservative Dartmouth Review, told Campus Reform that he and his staff were happy that the Freedom Budget contained specific proposals instead of being built “around emotion and slogans.” However, he said the Review was concerned the proposed curriculum changes would lead to a politicization of the campus.

“[W]e’re looking forward to responding to them in due course,” he told Campus Reform.

Dartmouth College has been in the news often as of late; students accused the school of hypocrisy for celebrating MLK Day but not doing enough to “end white supremacy and maybe capitalism,” and an administrator wondered aloud if universities valued due process over student safety when it came to sexual assault (the college said she was speaking rhetorically).

Though the contact email listed in the Freedom Budget did respond to an initial email from Campus Reform, a request for more information in a subsequent email was not returned in time for publication.