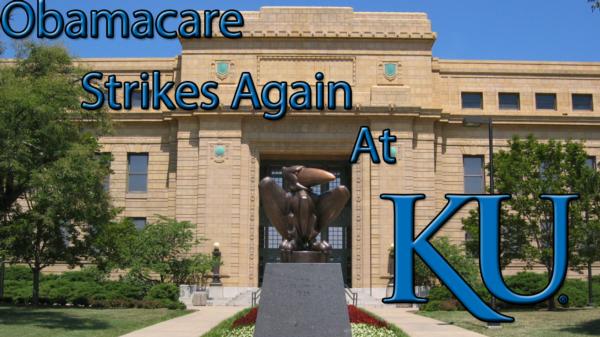 Graduate assistants at the University of Kansas (KU) are unsure how they would survive financially if the school goes through with proposed hour cuts as a solution to minimize the costs associated with Obamacare.

Obamacare requires large employers to offer insurance to all employees working 30 or more hours per week, and KU is considering limiting graduate assistants to 20 hours to avoid the cost, according to a campus email.

"Taking the 10-hour position away from me would put me literally below the poverty line." - Pantaleon Florez III, KU master's student

The average assistant currently makes $15,000 to $16,000 for a nine-month appointment and teaches approximately 20 hours per week — but many work second jobs on campus to pay the bills, jobs which they would have to quit if the bill passed.

"A lot of us rely on that money to make ends meet," said Meredith Wiggins, a teaching

"Taking the 10-hour position away from me would put me literally below the poverty line," said Pantaleon Florez III, a master’s student in education who works for the Student Senate and also tutors through KU Athletics.

In 2013, KU employed about 1,740 assistants, according to the KU public affairs office.

KU did not respond to requests for comment from Campus Reform in time for publication.