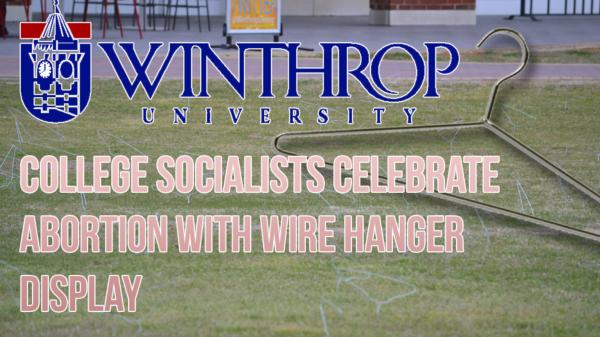 The Socialist Student Union at Winthrop University in South Carolina covered the DiGiorgio Campus Center’s lawn in wire hangers to mock a pro-life event that was sponsored by conservative students.

The College Republicans had covered the same spot on the lawn with flags in January to represent abortions in the United States in honor of National Sanctity of Human Life Day.

"I’m pro-choice and I found the promotion for the event really unappealing and distasteful.”

"It obviously makes their point that it was a direct rebuttal to what we have done," Tyler Richardson, president of Winthrop's College Republicans chapter told Campus Reform in an interview.

The wire display was also intended to promote an event, Abortion 360, which was held Tuesday in protest of a College Republicans showing of the pro-life film Abortion 180, according to a promotional flyer obtained by Campus Reform. 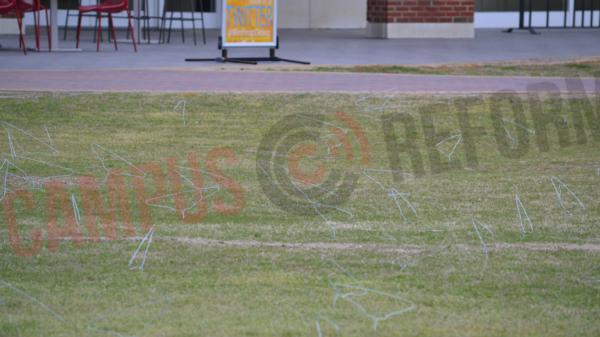 “In January of 2014, Winthrop College Republicans hosted a four-day event on the 41st anniversary of the Roe V. Wade decision … join us for a re-evaluation of abortion in the modern political and social context,” it stated.

Students from different political persuasions have expressed disgust with the socialist group’s approach.

“It’s really just an appalling act … I’m pro-choice and I found the promotion for the event really unappealing and distasteful,” a student who wished to remain anonymous said in an email to Campus Reform on Tuesday.

All students who attended the Abortion 360 event received a “Cultural Event Credit,” according to the flyer.

Winthrop students need to attend three cultural events for every 20 hours completed in order to graduate, according to the college’s official website.

The flyer added that the event would feature Director of the Women’s Studies Program Dr. Jennifer Disney to “provide a different perspective on reproductive rights and the abortion debate.” 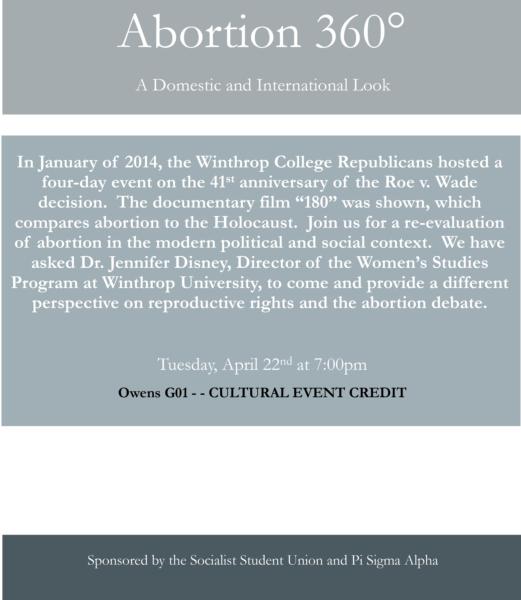 Disney briefly described the event in an email to Campus Reform as “part of a continuing campus conversation on multiple sides of this issue.”

She was not available to provide further comments.

The flags from the pro-life display in January had also been trampled on and stolen, according to The Rock Hill Herald in January.