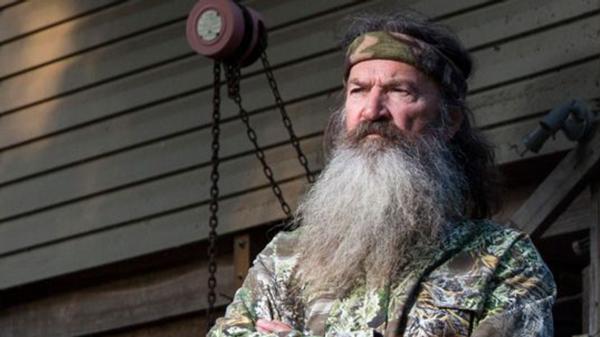 A group of lesbian, gay, bisexual, and transgender students at Louisiana Tech launched a protest of famed Duck Dynasty star Phil Robertson late last week after they learned he was to be honored by school’s alumni association during Saturday’s commencement.

Robertson was honored with the Tower Medallion, an award given by the university’s alumni association to “recognize those exceptional individuals who have brought honor not only to themselves but to the University as well.”

A spokeswoman for the Louisiana Tech University Alumni Center told Campus Reform that  the vote to honor Robertson was held "months ago" and that he “had achieved a top level distinction in his field. And this is what the award is for, purely and simply.”

Robertson first came under attack in January when the LGBT community became outraged over his interview with GQ Magazine, which included the reality TV star’s candid, conservative views on sexual morality.

Upon learning that the alumni association planned to honor Robertson, Prism, an LGBT student group, responded by starting a social media campaign using the hashtag #NoHonorInBigotry. Students objected to not only Robertson’s selection, but the fact that it learned about it only one day before commencement.

@LATech has declared its support for racism, homophobia, and sexism by honoring Phil Robertson. There is #NoHonorInBigotry

@LATech if there's such a thing as #LATechFamily why are you honoring someone who has insulted well over half of us? #NoHonorInBigotry

I need to go to a school where all people feel safe, not just straight white men. This is unacceptable. @LATech #NoHonorInBigotry

“We wanted to make a statement displaying our disapproval of the honoring, and for several reasons, including the minimal time we were given to react, a social media campaign was the best way to do this. Faculty, staff, and students didn’t have any time to give input since no one new until the day before,” Hannah Ellsworth, the President of Prism, said.

The protest culminated in a commencement walkout by three faculty members Saturday. Robertson did not attend the ceremony; his wife and son accepted the award on his behalf.

Louisiana Tech issued a statement after commencement noting that, though it supported the right of the faculty to walk out, the recipient of the Tower Medallion is not released prior to the announcement at spring commencement.