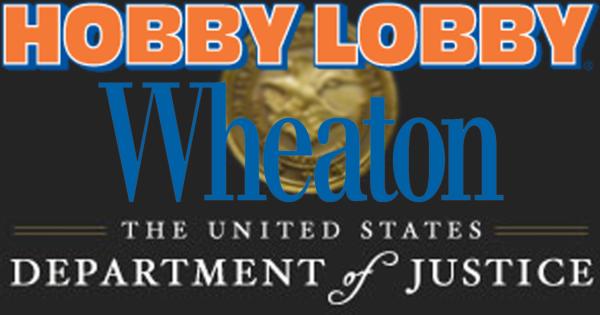 The Justice Department used the Hobby Lobby ruling as basis for dismissing a case brought against it by Wheaton College, in a letter to the U.S. Supreme Court on Wednesday.

Wheaton College in Illinois is suing the Department of Health and Human Services “against the administration’s controversial HHS mandate, which forces the evangelical liberal arts institution to violate its religious beliefs or pay ruinous fines,” according to the university’s website.

U.S. Solicitor General Donald Verrilli argues that the case should be dropped, however, as “[Wheaton College] seeks...to prevent the government from alleviating the resulting harm to its employees and students by ensuring that others provide or arrange the coverage instead.”

Essentially, the college believes that allowing emergency contraceptives to be provided in any way to its student population, even through third party healthcare plans, infringes on its religious rights under the Religious Freedom Restoration Act (RFRA).

Wheaton argues that governmental accommodations for religious institutions are also in violation of the RFRA. Verilli disagrees.

“Nothing in RFRA supports such a sweeping claim,” Verrilli says.

Indeed, the Solicitor General says that Hobby Lobby’s victory over the federal government relied on such accommodations.

“The decision in Hobby Lobby rested on the premise that these accommodations ‘achieve all of the Government’s aims’ underlying the preventive-health services coverage requirement ‘while providing greater respect for religious liberty,’” Verrilli wrote.

The filing by Wheaton is the first response to the Burwell v. Hobby Lobby decision that was announced on Monday.

Wheaton College did not respond to a request for comment from Campus Reform in time for publication.

Via the Star Tribune.