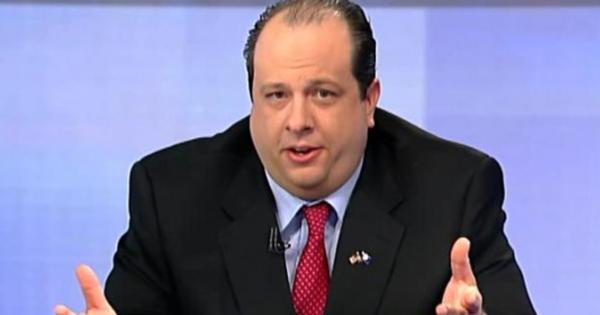 A liberal politician in Virginia offered a $100,000 reward for “nude photos or videos” of Kendall Jones, the Texas Tech cheerleader who has made headlines for posting pictures of herself posing with exotic animals she killed while hunting in Africa.

"I have 100k to anyone who has nude photos or videos of #kendalljones at Texas tech (sic). She deserves to be a target," Mike Dickinson, a Democrat running for Eric Cantor’s seat, tweeted Wednesday.

100k to anyone w nude photos or sex videos of scumbag #KendallJones she hunts animals for fun let's hunt her for fun pic.twitter.com/07Fy8vfltx

Amid criticism that his tweets were inappropriate, Dickinson doubled down and continued to offer money for the pictures, saying that “someone has to stop her by any means.”

Let us all pray that #KendallJones gets mauled by a rhino or contracts Ebola on her next canned hunt to kill a animal pic.twitter.com/av08j8auiv

While Dickinson poses as a candidate, the election monitoring website Ballotpedia claims that Dickinson failed to meet the filing deadline to qualify to appear on the ballot, and he does not appear on the Virginia State Board of Elections candidate list.

Jack Trammell is the official Democratic nominee for Va.’s 7th district and will run against Republican David Brat.

Dickinson is continuing his social media campaign despite prominent backlash, and remains optimistic about his chances this fall.

“RickJ197: what do you want to accomplish in the House?" Further the Obama agenda. Expose the tea party for what they are-racist terrorists

“colorme_verde: Do you really think you will get to Congress?” Yes

Dickinson has also been outspoken on social media about his views on the Tea Party, calling them “terrorists” and insinuating that they’re better off dead.

“HadrianCaesar: VoteMike2014 is even bullying people telling them to kill themselves" A dead teabagger is a good teabagger. Terrorists.

The tea party is to America what ISIS is to Iraq. Both terror groups

You drive and you see a teabagger and a rattlesnake in the road- which one do you hit? The teabagger. The snake is just going for a walk.

In addition, the Congressional candidate has made his opinions known about Ronald Reagan on the Fourth of July.

“lbush34: ObnoxiousAUfan pic.twitter.com/oXWdTzZYAC” Fitting he died going to the bathroom in his own pants not knowing his name

Neither Dickinson nor Jones responded to Campus Reform’s requests for comment in time of publication.