Louisiana College is a Christian school that objected to the mandated abortion-inducing medications and contraceptives.

According to ADF, the mandate has lost in court 77 times.

Alliance Defending Freedom filed a challenge to the ACA abortion mandate on behalf of Louisiana College in 2012. 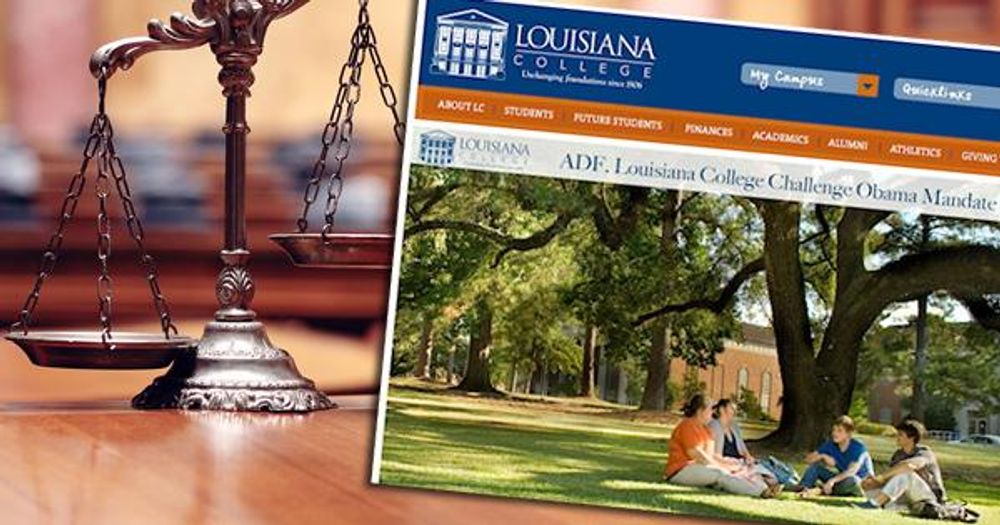 A federal court has ruled that the privately run Louisiana College can opt out of an Affordable Care Act (ACA) mandate that violates the school’s religious freedom.

Wednesday’s decision from the U.S. District Court for the Western District of Louisiana halted the enforcement of a controversial federal mandate that requires the Christian run Louisiana College, as an employer, to provide insurance coverage for abortion pills to its employees.

“All Americans should oppose unjust laws that force people—under threat of punishment—to give up their freedom to live and work according to their beliefs,” Alliance Defending Freedom (ADF) Senior Counsel Kevin Theriot said in a press release.

Obamacare, as the federal healthcare law is commonly called, says that employers must provide insurance coverage for abortion-inducing medications and contraceptives. That provision has been highly contested as it conflicts with the moral and religious convictions of some employers.

ADF, a conservative Christian nonprofit legal organization, filed the federal lawsuit against the Obama administration on behalf of the college in February 2012. The Louisiana College v. Sebelius decision marks another win for those who oppose the federal mandate which has lost 77-6 in court to date, according to the organization.

In May, a federal judge ruled that Cornerstone College in Michigan and Dordt College in Iowa could opt out of the Obamacare abortion pill mandate.

Kaitlyn Schallhorn is an Editor at the Missouri Times. Previously, she was a reporter for Fox News and a Campus Correspondent with Campus Reform.