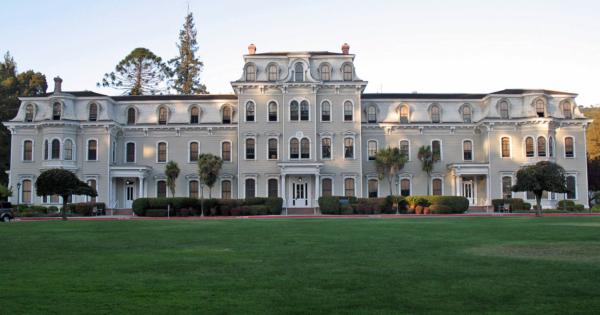 An all women’s college in California is admitting male students, as long as they self-identify as female.

“Mills shall not discriminate against applicants whose gender identity does not match their legally assigned sex.”

The new policy encourages students who are not legally identified as female to speak with representatives in the Office of Undergraduate Admissions to discuss academic transcripts and financial aid.

“This self-identification shall be the driving force behind the College's eligibility decision,” the policy states.

The application policy prohibits students who were born as females and have undergone surgery to become a male from admission. However, female students who become male while enrolled at the college may continue on to graduate. Students who are gender-neutral must have legally been born as a female in order to gain acceptance into Mills.

Students of all gender are accepted into Mills graduate program.

The new policy goes into effect on Aug. 27 as students return to school. It was unanimously approved by the board of trustees’ enrollment committee in May, according to the San Francisco Chronicle.

Brian O’Rourke, vice president of enrollment and admission at Mills, told the Chronicle that three to five students out of around 1,000 undergraduates each year are transgender or identify as a different gender at Mills.