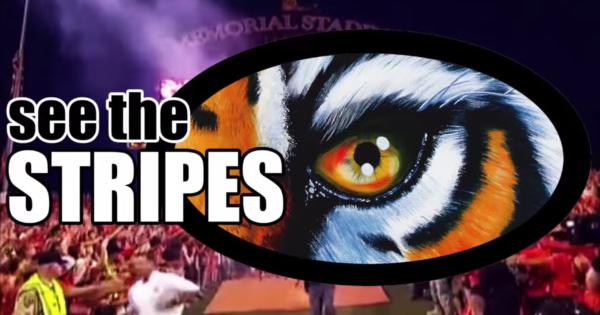 Clemson University’s football program is representative of slavery in the south, according to one of the school’s students.

The “See The Stripes” campaign at the South Carolina school contends that Clemson’s tiger mascot and the “Solid Orange” football tradition fail to properly encompass the history of the school. The campaign also alleges that members of the venerable football team are analogous to slaves.

"And, yes, to be clear, I am making a connection between the fields the slaves worked for Master Calhoun and the field on which student-athletes give their time, talent, blood, sweat and tears for The Program."

“The ‘Most Exciting 25 Seconds In College Football’ is literally the Clemson Football Program running downhill, away from the university’s slaveholding past and a relic standing as a symbol of it, onto the field that generates significant amounts of money for the school and a large part of it’s [sic] reputation,” the student, who identifies himself as A.D. Carson, says.

“And, yes, to be clear, I am making a connection between the fields the slaves worked for Master Calhoun and the field on which student-athletes give their time, talent, blood, sweat and tears for The Program,” Carson continued.

Through a poem, video, and essay on the project’s website, the campaign emphasizes the stripes of Clemson’s mascot, claiming that they represent the “dark history” of the university such as buildings named after known slaveholders and laborers who helped to build the school. See The Stripes also contends that the school’s “Solid Orange” tradition is inaccurate as “a solid orange tiger could not survive without its stripes.”

“‘Solid Orange,’ I think, / and that forces me to confront my active participation in / not only the crime, but the cover-up— / the whitewashing, with orange, of the dark parts of a / history meant to be instructional, lest we repeat it,” Carson wrote in the campaign’s poem.

Watch and listen to “See The Stripes”

The “Solid Orange” tradition stems from Clemson students, alumni, faculty, and fans wearing the color orange on Fridays as an outward display of Tiger pride. However, for many students, the tradition is also about a bigger ideal and mentality.

“I don’t believe that the slogan of the athletic department on campus in any way ‘covers up’ or ‘paints over’ the history of Clemson’s founders and the land upon which the university sits,” Nick James, Chairman of Clemson Young Americans for Freedom, told Campus Reform. “Solid Orange is about the family of Clemson, it’s about equality. Everyone here has a common purpose, a common goal.”

James said “Solid Orange” was more of a marketing strategy to create a unified atmosphere for game days. Clemson’s school colors are orange and purple, with orange being the primary color.

Still, Carson claims that Clemson is “built on a legacy of slavery, sharecropping and convict labor, by slave owners, supremacists and segregationists.”

Dr. J. David Woodard, a political science professor at Clemson, disputed any claims that “Solid Orange” could be construed as racist.

“It’s fascism. It’s looking at things only through racial lenses and not seeing anything else when in fact there is no racism associated with this,” Woodard told Campus Reform.

On the See The Stripes website, Carson says he wishes he would have known he was attending a “school on a plantation.” However, he says that even had he been more aware of the southern history of South Carolina school, he still would have chosen to attend the university after he explained his decision to his friends and family.

See The Stripes did not respond to a request for comment from Campus Reform.

Earlier this year, Clemson faced scrutiny from the Freedom From Religion Foundation which claimed the university showed a “preference for and an endorsement of Christian religion” as Dabo Swinney, the head football coach, reportedly provided transportation to church services and has baptized players.