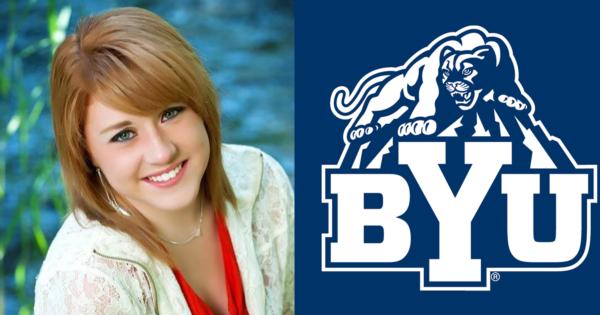 A feminist student at Brigham Young University (BYU) is attacking the principles of sexual purity advocated by the Mormon institution and accusing the university of slut-shaming students who are sexually active.

"The truth is, I'm not a virgin," Keli Byers told Cosmopolitan. "I'm a sexual woman and a proud feminist, and I don't feel bad about it. But it's hard to admit that, because women at BYU who aren't virgins are treated as inferiors and that's not fair."

"BYU needs to know that it's OK for women to be sexual, and it's not OK to punish them for it. I care enough about this school to want to push for change. I'd rather be judged and scrutinized than silenced and shamed."

Byers says her religion made her feel shameful and that she was punished after she was sexually assaulted by a missionary.

She is now pushing the university to change its honor code.

“Talking about this could get me in trouble, but I want to start a discussion about changing an honor code that hurts women,” Byers said. “BYU needs to know that it's OK for women to be sexual, and it's not OK to punish them for it. I care enough about this school to want to push for change. I'd rather be judged and scrutinized than silenced and shamed.”

Byers claims she would be considered a “slut” by Mormon standards, and that the Young Mormon Feminist (YMF) group—a group that is not endorsed by Church or BYU—helped her “reclaim [her] sexuality.”

However, the group disputes Byers’s claims.

“This sensationalized story misrepresents the character and mission of YMF and in so doing harms our work,” YMF posted on their webpage in response to the Cosmopolitan article.

Byers’s push for more feminist ideals at BYU is not shared by students, who believe she shouldn’t have attended a religious university if she didn’t want religious ideas pushed upon her.

“A large problem with what is going on with the feminist movement is that they are trying to push political pressure on the Church and that’s not going to work,” Mckenzie Beckstead, a sophomore at BYU and member of the College Republicans told Campus Reform. “[Byers] should probably move on elsewhere if she is not comfortable here.”

Samantha Shelley, a recent graduate from BYU, professed her frustrations with the promiscuous feminist on the site Millennial Mormons.

The Second Counselor in the First Presidency for the Church of Jesus Christ of Latter-day Saints, President Dieter F. Uchtdorf, touts BYU’s environment as one of classic Mormon principles but acknowledges that moral deviation does happen and encourages students to seek counsel and advice from faculty members.

“It may not be an easy path, and it requires self-discipline and determination, but its end is glorious beyond description,” Uchtdorf said in a statement. “You are not doomed to a tragic end. Many are eager to assist you—your family, bishops and stake presidents, your quorum leaders, and home teachers.”

BYU was founded in 1875 when it was first referred to as Brigham Young Academy; it later reached university status in 1903. The university prides itself in maintaining a close relationship with its sponsors The Church of Jesus Christ of Latter-day Saints.

BYU did not respond to a request for comment in time for publication.