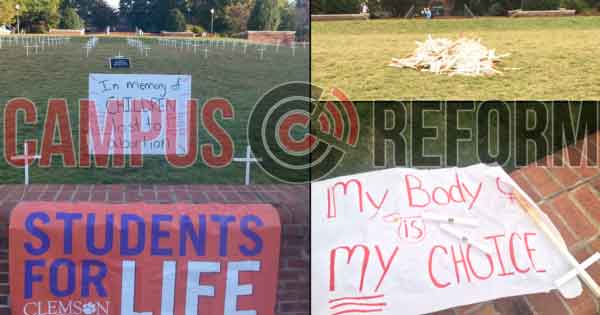 Clemson Students for Life (SFL) placed 110 crosses, their club banner, and three university-approved signs on a lawn in the middle of campus Tuesday night. In the morning, the crosses were torn out of the ground and some were even broken.

"This is the first time I have ever heard of them being vandalized on campus."

The sign referenced the deaths of four Clemson students this semester, all unrelated to each other.

“This fourth sign is in no way connected to Students for Life,” Clemson’s SFL president Devin Gibson told Campus Reform. “We believe that all life is sacred, from conception until natural death, and to trivialize the deaths of four classmates is horrific. We would never use the deaths of fellow Clemson students to further our cause”.

The fourth sign resulted in immediate backlash on social media with many students assuming the sign was SFL’s doing. Angered students questioned whether or not the pro-life group was allowed to erect a display, and many more vowed to tear it down. 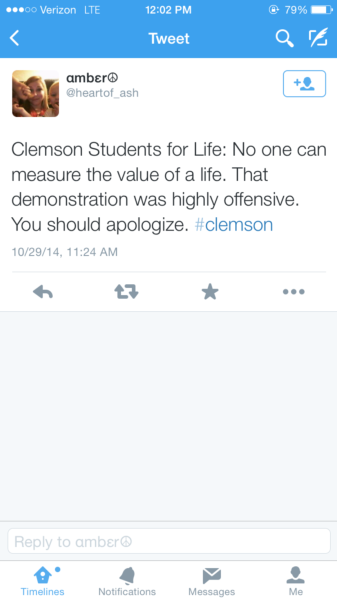 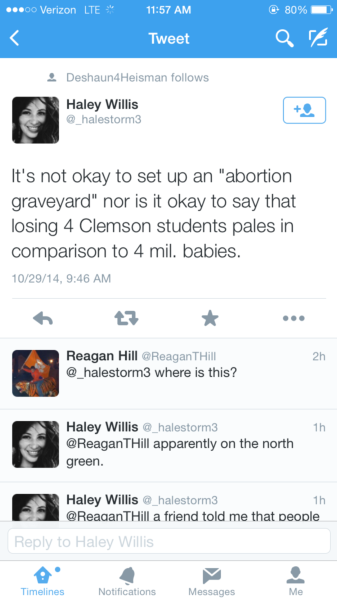 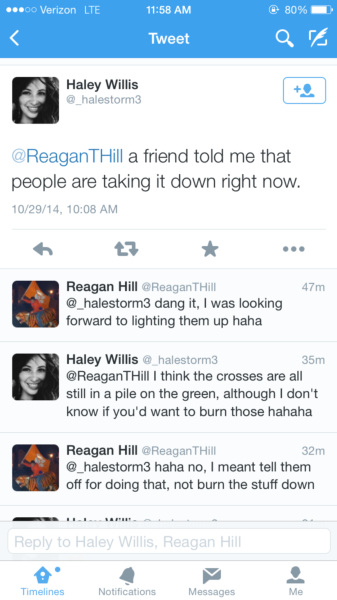 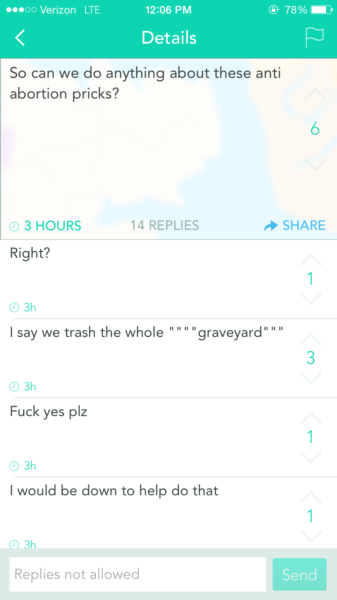 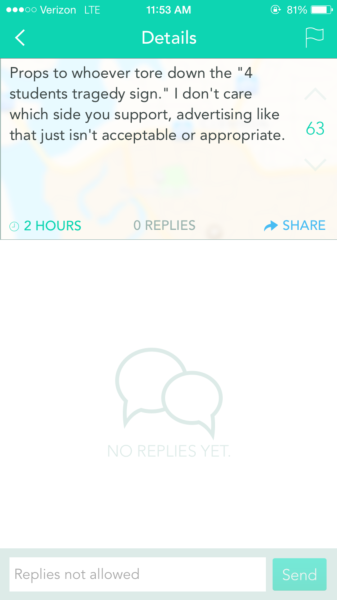 While the crosses were pulled out of the ground, broken, and placed in a pile, SFL’s club banner and the three approved signs were stolen. In their place were new, makeshift signs reading “Keep your rosaries off my ovaries” and “My body is my choice.”

“[W]e do not believe this act reflects negatively on Clemson University as a school,” Gibson said. “The act of vandalism was the attempt of an individual or group of people to make their opinions known in a way that is cowardly, childish, and destructive.”

Dr. David Woodard, the Thurmond Professor of Political Science at Clemson, told Campus Reform that the school has traditionally allowed for public pro-life displays without any disturbance.

“This is the first time I have ever heard of them being vandalized on campus,” Woodard said in an interview. “I don’t think the acts of one, or a few, individuals, should be taken as a poor reflection on the University.”

However, what concerned Woodard was the actual demolition of the group’s display.

“The destruction of the crosses is most certainly a suppression of free speech on campus,” Woodard said.

Some believe that this is more than a matter of stolen property, however, as the views of the student group were oppressed by the vandalism.

“Our organization comes in contact with others with differing opinions, and we are always willing to have calm, intelligent conversation and debate,” Gibson said. “Defacing another's peaceful display not only reflects badly on the opinions of the person who committed the act, but it is also damaging the property of fellow students.”

Even with its property stolen and display destroyed, Gibson said that Clemson’s SFL chapter is planning to make a public apology to the student body regarding the placement of the offensive sign, as well as clarify that their organization “stands up for and honors all human life and would never dishonor the memory of the students that passed away.”

A Clemson spokesperson told Campus Reform in a statement that the group’s leaders planned to meet with police yesterday to file a report.

“It will be investigated and the students’ right to free speech will be respected and protected,” the statement said.