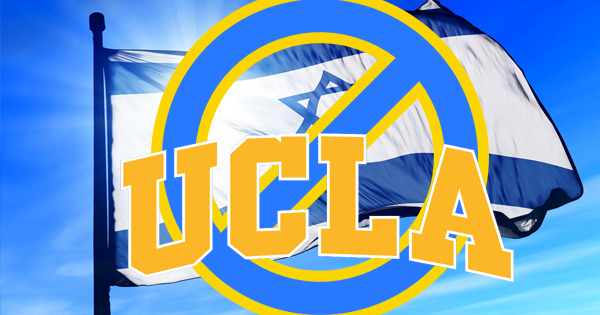 University of California, Los Angeles’s (UCLA) student government passed a controversial resolution last week that calls for the university to divest from companies that support, contribute to, or profit from Israel.

The measure successfully passed by a 8-2-2 margin with large support from Students for Justice in Palestine.

Boeing, GE, Catepillar, and Cemex are just a few of the many companies with which UCLA would have to cut ties if the students got their way.

UCLA administration, however, will not be following the student government’s request.

"UCLA and the UCLA Foundation share the Board of Regents [sic] conviction that divestment decisions should not hold any one organization or country to a different standard than any other,” UCLA Chancellor Gene Block released a statement. “The Board of Regents does not support divestment in companies that engage in business with Israel and UCLA agrees with that position."

This is not the first time UCLA’s student government has voted on the issue, but it is the first time it has passed. A similar resolution last year went down in defeat after an all-night session by a vote of 7-5.

According to the LA Times, most of the 250 students in attendance at the student government meeting were in favor of divestment.

Arianna Ramos, a second-year student at the University of California, San Diego made sure to attend the hearing and vote at UCLA.

"I think it's great that they are taking a stance on the issue and trying to remove school resources from aiding to the war," said Ramos, a political science major.

Tammy Rubin, the President emeritus of Hillel at UCLA, said the UCLA Jewish community did not want to sit through hate speech and bullying and would instead focus their efforts on positively contributing to the UCLA community.

Some University of California students are also pushing for the university system to divest from fossil fuel companies over to environmental concerns.