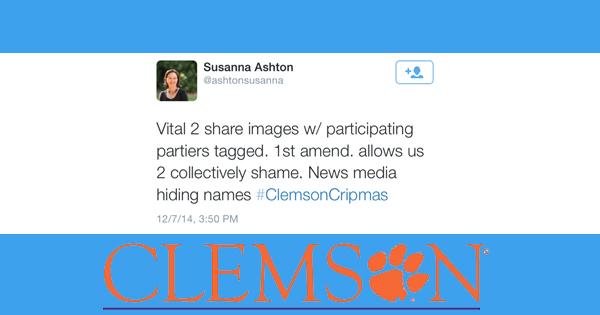 Professors at Clemson University are attempting to “collectively shame” students who attended a controversially themed party over the weekend.

Members of the Sigma Alpha Epsilon fraternity at Clemson threw a “Cripmas” party over the weekend in which attendees dressed up as gang members. Clemson students and professors took to social media to express disgust over the party’s theme and call for the public shaming of all students who attended. 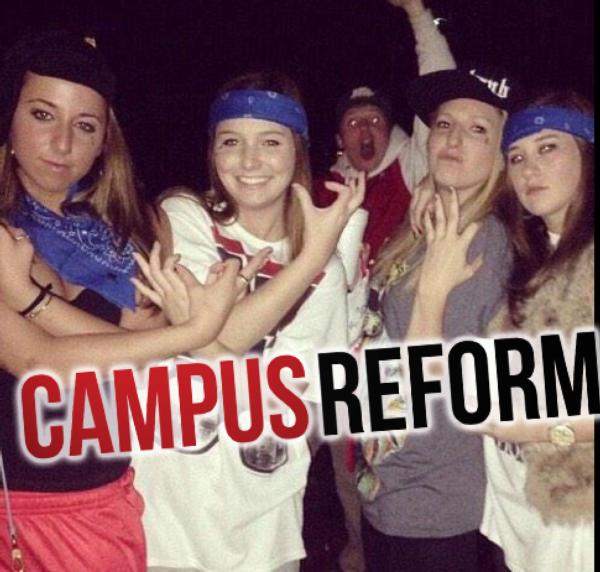 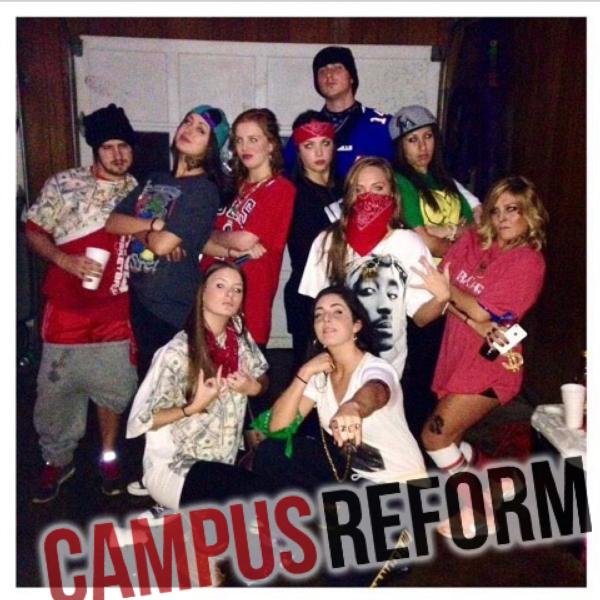 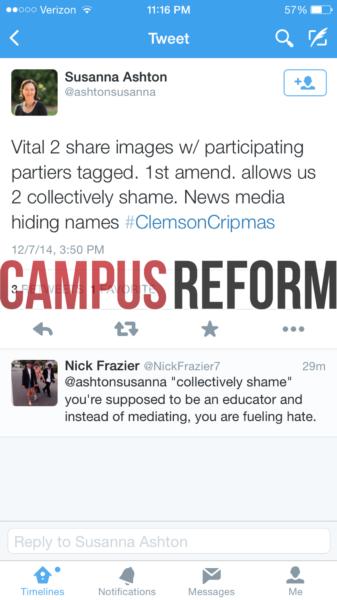 Ashton’s post has since been deleted, and she said in a new tweet that she was “ashamed” of some of her previous tweets. However, many students at Clemson have taken to Twitter and Yik Yak, an anonymous social media outlet, to express discomfort over Ashton’s comment.

“A professor urging for the public shaming of students and that their personal information be publicly revealed, therefore putting their own safety at risk is unacceptable,” Austin Pendergist, a junior political science and Spanish major, told Campus Reform Sunday night.

In a post on CNN’s iReport, a Clemson student defended the party and the attendees, saying the students wished only to have fun and dress up, not offend any of their peers.

“[M]ost themed events are not specifically designed to be hateful and bring others down,” the student said. “I cannot count the number of themed events that I have attended in my college experience, and I never participated in one of these events out of spite for another human being.”

In images from the party that surfaced Sunday morning on social media, white college students wore blue and red bandanas, made gang signs with their hands, and donned t-shirts with images of rapper Tupac Shakur, who was shot and killed by a gang member in Las Vegas.

Dr. Sarah Lauro, a visiting assistant professor, said on Twitter that the student's CNN report “didn’t get it.”

“Imagine somebody's party had the theme 'frat boy date rape sorority mixer.' How would you feel? Now times that by infinity. #ClemsonCripmas,” Lauro said in an additional tweet.

Along with professors, Clemson students are also coming up with other party themes. One student suggested throwing a Tucker Hipps-themed party where students attend with their faces painted blue. Tucker Hipps was a member of the Sigma Phi Epsilon fraternity who died earlier in the semester after falling from a bridge and drowning in Lake Hartwell, S.C. 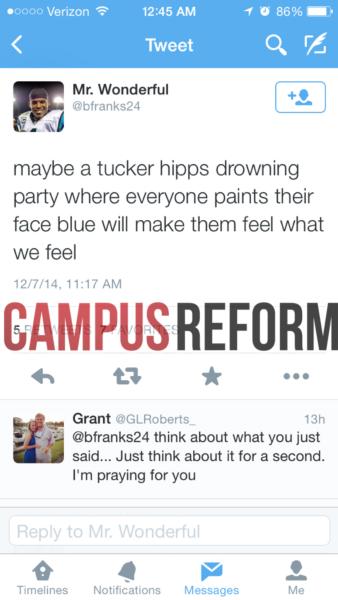 Clemson did not respond to a request for comment from Campus Reform, but according to the Greenville News, the university has suspended all of the fraternity’s activities and the majority of officers within the organization have resigned.

“It doesn't make sense to me why an association with a gang automatically assumes one race is involved and thus makes the party racist,” a Clemson student who wished to remain anonymous told Campus Reform. “There are whites, blacks, Hispanics, and Asians in gangs. The only ones making it about race are those who want to use this issue to fuel the issues on campus.”