Univ. president: if you're 'light skinned,' you have 'unearned privilege' 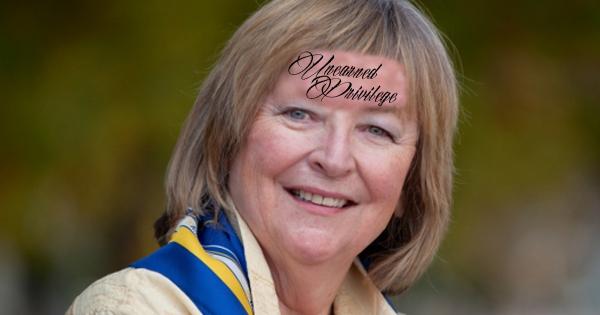 In a Dec. 5 op-ed, the president of California State University (CSU) claimed if you are “light skinned” you have “significant unearned privilege” and routinely think less of those who are different than yourself.

In her piece, “Privilege at The Beach,”—referencing the Long Beach area where the school resides—Jane Close Conoley, a white woman herself, asserts that “light skin color and high income levels may attract significant unearned privilege.” Those who qualify for such privilege, often unknowingly exert distrust and “lower expectations of behavior” on those of another skin color.

“Those who are less affluent with darker skin or from other cultures can be targets of micro to macro aggressions, distrust, and low expectations for behavior.”

“This privilege can manifest itself in numerous ways that afford automatic trust, deference, and security,” writes Conoley, in the piece first noticed by the Pundit Press. “Those who are less affluent with darker skin or from other cultures can be targets of micro to macro aggressions, distrust, and low expectations for behavior.”

Conoley claims that if a non-white person walks into a department store they may be followed by employees and their presence is often times acknowledged with “suspicion and fear.”

“Those with privilege are often unaware of this discrepancy, as people treat them with respect—as all individuals should be treated,” Conoley writes. “When they enter department stores they are greeted with smiles and offers of help. When they ask questions or request additional service, they are answered cordially. On approach, they are seen as benign.”

“Those without such privilege are thrown, merely by circumstances mainly out of their control, into the opposite context. They may be followed when entering a high-end department store or have their purchasing attempts viewed with suspicion. Others may view their presence or approach with suspicion and fear.”

Conoley proclaims that if she were approached by a police officer, she expects to be treated politely, giving her the ability to react calmly and “perhaps with curiosity;” an inherent privilege that is unimaginable for those with darker skin. The college president also claims that since she, among other privileged members of society, is subject to higher expectations and naturally acts accordingly. People with darker skin, on the other hand, naturally adopt a “defiant and scornful” attitude when they are approached with an expectation of that behavior.

“My hope is that The Beach can be a national model that counters prevailing understandings of privilege—that through hard work and selfless contributions to the community, each of us can be successful and help others thrive,” concludes Conoley. “If we, as a learning community, can embrace that approach, maybe we can teach our nation to do the same. That would be a very good thing.”

Conoley was formerly the interim chancellor at the University of California, Riverside and later assumed her position as president of CSU in January 2014.