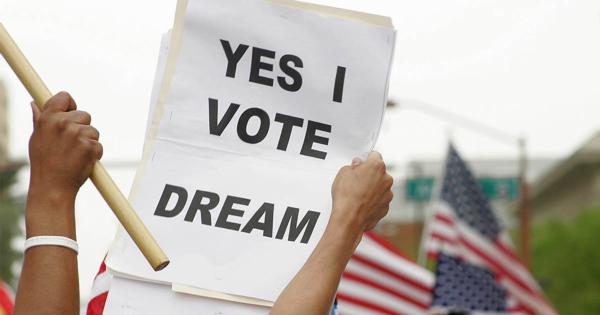 Students and alumni at Smith College are raising money to create a new scholarship only for illegal immigrants.

“Undocumented applicants, many of whom have grown up in under-resourced U.S. communities, must compete with wealthy international students who have often had access to elite schools and extensive resume building opportunities."

“Our hope is that it will be enough to convince the College to admit—and fund—a qualified undocumented student who otherwise would not be granted admission,” reads the campaign site on INDIEGOGO, which tells the story of five illegal immigrants from Georgia who fell in love with the college.

The students saw it as “a breath of fresh air” compared to public universities in the “anti-immigrant” state of Georgia, which does not allow for undocumented students to attend the state’s university system.

The site explains that students who reside in the U.S. illegally and apply to Smith College are placed into the pool of international students, which can be “twice as competitive” as the pool of domestic students.

“Undocumented applicants, many of whom have grown up in under-resourced U.S. communities, must compete with wealthy international students who have often had access to elite schools and extensive resume building opportunities,” the activists say on the fundraising site. “Additionally, while domestic students are not required to submit SAT/ACT scores (the results of which have been shown to correlate with income), international students are not exempt, resulting in another hurdle for prospective students who lack legal status.”

Students at Smith College have developed an Organizing for Undocumented Students’ Rights group (OURSR) which is hosted by Students for Social Justice and Institutional Change. The group is not only pushing for the development of a scholarship for illegal immigrants; it has also participated in advocacy events including a school-wide campaign in which students placed signs on chairs highlighting the school’s current acceptance policies on illegal immigrants.

Oberlin College in Ohio has also raised money for a similar scholarship. Campus Reform reached out to Oberlin alumna and progressive activist Lena Dunham for a comment, but she did not respond by time of publication.