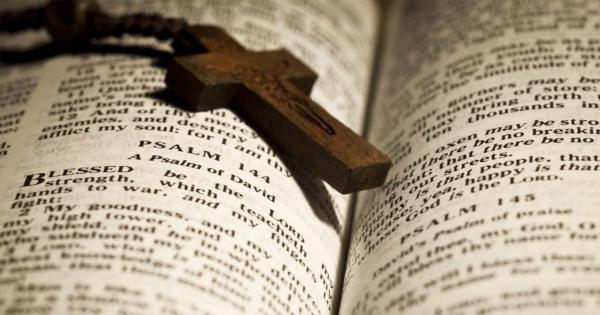 More than 400 Catholic theologians have signed a “statement of commitment to racial justice” in response to the deaths of black Americans in confrontations with police officers.

Crafted by St. Louis University Professor of Theological Ethics Dr. Tobias Winright, the statement addresses “the flagrant failures of a nation still bound by sin, our bondage to and complicity in racial injustice.”

"As Eric Garner’s dying words ‘I can’t breathe’ are chanted in the streets, and as people of faith, we hear the echo of Jesus’ breathing on his disciples, telling them, ‘Peace be with you.'"

The eclectic group of theologians, who range from department chairs at the University of Notre Dame to local parish associates, claim they cannot “ignore what is happening in our midst.”

“The killings of Black [sic] men, women and children—including but not limited to Rekia Boyd, Eric Garner, Michael Brown, John Crawford, 7 year-old Aiyana Stanley-Jones and 12 year-old Tamir Rice—by White [sic] policemen, and the failures of the grand jury process to indict some of the police officers involved, brought to our attention not only problems in law enforcement today, but also deeper racial injustice in our nation, our communities, and even our churches,” the statement says.

The theologians went on to compare Eric Garner to Christ.

“As Eric Garner’s dying words ‘I can’t breathe’ are chanted in the streets, and as people of faith, we hear the echo of Jesus’ breathing on his disciples, telling them, ‘Peace be with you,’” the theologians wrote.

The theologians also pledged to fast from meat on Fridays as a sign of their “penitence and need of conversion from the pervasive sin of racism.” The group also committed to placing their “bodies and/or privilege on the line in visible, public solidarity with movements of protest to address the deep-seated racism of our nation.”

Dr. Cynthia Nielsen, an adjunct professor of philosophy at the University of Dallas who signed her own name to the statement, told Campus Reform that she believes “it is important to address issues such as racism in the classroom.”

The “problem of mass incarceration,” Nielsen said, and how it “impacts poor, African American communities” played a large role in her decision to sign the statement. Nelson lamented that many African-American inmates, especially those who may have changed their lives for the better while in prison, “are viewed through a racialized lens constructing them as ‘dangerous criminals.’”

Furthermore, Nielson said she believes that the American “bishops’ statements on race and racism at times…neglect the structural aspects of racism and racialized practices.”

Charles Curran, a professor of human values at Southern Methodist University and signee of the statement, has long been out of favor with the Catholic Church. After Curran repeatedly challenged Church teachings on many subjects, including abortion and contraception, the Vatican declared Curran unfit to teach theology at a Catholic school in 1986, ending his teaching at the the Catholic University of America.

Another controversial theologian who has signed the statement is Marquette professor Dan Maguire, an ex-priest. Despite teaching theology at a Catholic university, Maguire has been described by colleagues as “ a virtual atheist.”

Maguire, who the Cardinal Newman Society labeled “ a stridently pro-abortion, pro-gay marriage activist”, has been banned from speaking at Milwaukee parishes.

At time of publication, 442 theologians had signed their names to the statement.