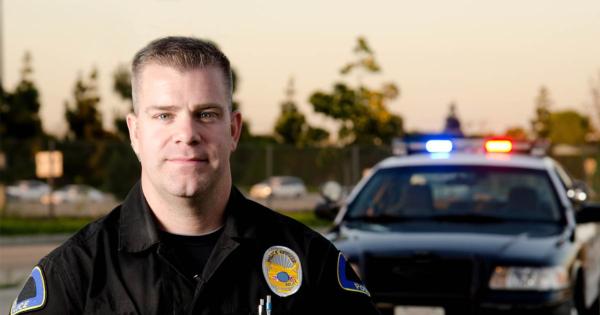 A Vanderbilt University philosophy professor is teaching a course that critics are calling “anti-police.”

Prof. Lisa Guenther came up with the idea to dedicate an entire course to discussions on mass incarceration and the use of deadly force by police after the deaths of Michael Brown and Eric Garner, and the massive student response to the events on campuses across the country, according to The Tennessean.

The course has already sparked concerns from critics who say it caters to people who have deemed the police evil and unnecessary.

"The students have been very well organized and thoughtful about their response to Ferguson," Guenther told The Tennessean. "I wanted to respond to this historical moment in the class."

According to this semester’s syllabus of “Police Violence and Mass Incarceration,” the course aims to provide a “critical analysis and collective action of thinkers and activists beyond the academic discipline of philosophy.”

“The history of police violence against black people is as long as the history of policing itself; arguably, the first organized police forces in the US were slave patrols in South Carolina," the syllabus says. "As Beth Richie, Dean Spade, and other scholars have shown, women of color, people with disabilities, and queer, trans and gender-nonconforming people are also exposed in various ways to disproportionate police surveillance, arrest, and incarceration. Not only does the US have high rates of police violence and misconduct, we also have the highest incarceration rate in the world. Contemporary scholars have called this situation of mass incarceration in the US neo-slavery, the New Jim Crow, the Prison Industrial Complex, and the Golden Gulag.”

The course has already sparked concerns from critics who say it caters to people who have deemed the police evil and unnecessary.

“While I understand the concept, and certainly the freedom of expression, the extreme disdain for those charged with keeping order within our society is unacceptable,” writes The Daily Roll Call. “Law enforcements role is not to fix what ails humanity, but rather to protect it. If law enforcement fails and ceases to exist, so will order.”

Guenther has also signed Liberate Nashville, a manifesto that makes radical, leftist demands in dueling “systematic racism and economic injustices,” and compares police forces to plantation owners. She has also criticized standard practice in U.S. prisons, as illustrated in her book Solitary Confinement: Social Death and its Afterlives. Guenther is listed as having an interest in phenomenology, feminism, contemporary continental philosophy, and social and political thought.

According to The Tennessean, Sgt. Mark Woodfin, vice president of Nashville's Fraternal Order of Police, said he wanted to make sure the material also included “police-friendly perspectives.”

Despite the name of the course and the nature of the description, Guenther says that the class will include multiple perspectives and will even feature a live police officer.

"I don't think it is just a simple issue with two sides," said Guenther. "It's a complex issue with a history. We will explore that history in class from multiple perspectives."

According to the class syllabus, required reading for the course includes The New Jim Crow: Mass Incarceration in the Age of Colorblindness, Rise of the Warrior Cop: The Militarization of America’s Police Forces, and Discipline and Punish.

Vanderbilt is standing by the Guenther claiming the course “encourages reasoned dialogue and debate of the issues.”

"Universities have historically been places where the most troubling issues facing society can be discussed and where many points of view are respected," reads Vanderbilt said. "This elective course is an example of that sort of discussion, in which students will be exposed to many perspectives, including those of police. Our support of intellectual freedom exists to encourage reasoned dialogue and debate of the issues facing us all."

Guenther did not respond to Campus Reform’s request for comment.