More than 100 Clemson University faculty and staff publicly endorsed the criminal prosecution of “predatory behaviors and defamatory speech” by any member of the Clemson community— including social media posts—in an advertisement in the school paper.

One hundred and ten faculty members signed their name in a full page ad on the second page of the The Tiger Thursday morning, declaring support of a list of demands from the Coalition of Concerned Students, a group of students who are actively protesting what they perceive to be racial injustice and inequality across Clemson’s campus.

The faculty are asking for a “public commitment” by Clemson’s administration to “prosecute criminally predatory behaviors and defamatory speech committed by members of the Clemson University community (including, but not limited to, those facilitated by usage of social media).”

The demands also include the construction of a new multi-cultural center, more funding for “under-represented groups” such as LGBTQA and “students of color” student groups, an increase in the percentage of minority faculty members, and diversity training for Clemson’s administration and staff.

“If we are hiring our educators based on the color of their skin to meet a diversity standard, what does that say about Clemson as an academic institution?” Abigail Clark, a senior political science major, told Campus Reform.

The group also wants to rename Clemson’s iconic main building, Tillman Hall, despite South Carolina law potentially prohibiting the renaming of buildings and monuments bearing the names of historic figures. Benjamin Tillman, a slave owner and noted racist, was instrumental in advancing public education in South Carolina with the creation of Clemson and its sister school—Winthrop University—while serving as a state senator.

The ad and the demands come in the wake of recent controversies on Clemson’s campus regarding race relations, including a Cripmas-themed fraternity party. Clemson President Jim Clements characterized the party as “inappropriately themed,” while professors called for the public shaming of any student who attended the function.

Among the faculty signatories is Dr. Susanna Ashton, a professor of American literature at Clemson, who was one of the professors who called to “collectively shame” students at the party.

Another signatory is Chenjerai Kumanyika, an assistant professor of communication studies, who has traveled to Ferguson, Mo., multiple times to protest the non-indictment of a white police officer who fatally shot a black 18-year-old in an altercation.

“Public universities are supposed to be a safe environment where freedom of thought and speech are not only allowed, but encouraged,” Emily Richards, a junior political science major, told Campus Reform.

Richards, who is a student in the Calhoun Honors College and also serves as vice chair of Clemson’s College Republicans, declared that “[t]his type of censorship takes away from Clemson as an establishment and it’s appalling that those who are supposed to teach us want to silence us instead.”

In what appears to be a counter-advertisement on the fifth page of the newspaper, three professors who did not endorse the demands penned an open-letter to students in which they encouraged the Clemson community to “oppose” any “attempts by Clemson faculty and administrators to silence, suppress, or ‘prosecute criminally’ thought and speech.”

“All students everywhere have a right to think, learn, and speak in an environment free of faculty or administrative threats, intimidation, harassment, coercion, and indoctrination,” the professors said in the letter, obtained by Campus Reform.

In their letter, C. Bradley Thompson, a professor of political science; C. Alan Grubb, a history professor; and Bradley S. Meyer, a professor in the department of physics and astronomy, all pledged to “work tirelessly to fight censorship and keep alive the spirit of open-minded inquiry.” 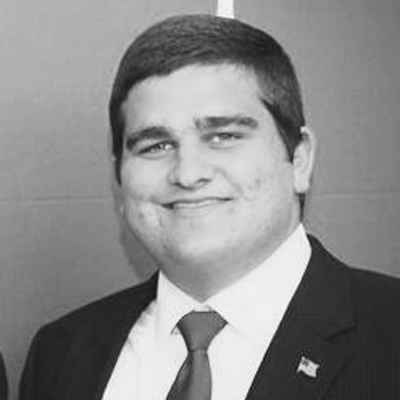