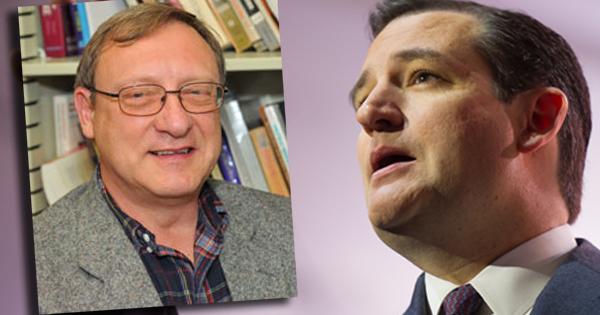 The course, Politics of the 1960s to Now, is taught by Chris Hamilton, a professor of political science and a two-time Fulbright Scholar.

As only one part of the ultra-right goals, these movements seek to weaken or reverse key parts of all Civil Rights Laws, & weaken or even abolish the national government[.]

The course curriculum, obtained exclusively by Campus Reform, declares that Republicans are resurrecting “discrimination” and the “political battle over the Civil Rights laws,” and concludes that “racism” and “bigotries” in society are part of “ultra right [sic] politics.”

“Neo-Confederacy movements which are part of Big Money ultra-right powers (Koch Industries, co-founders of the John Birch Society) which is part of the broad New White Nationalist movement,” the outline reads. 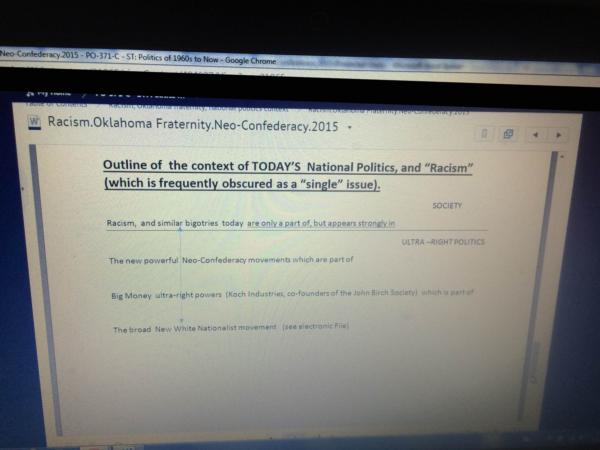 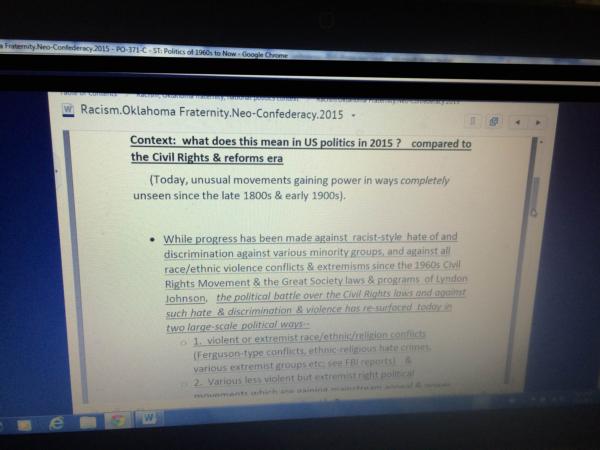 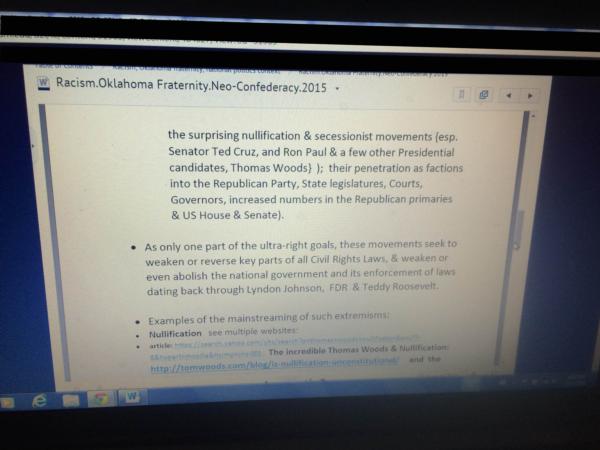 The course, originally fashioned to cover the evolution of American politics as shaped by 60’s era reforms, taught students that racism was but one goal of the conservative movement.

“As only one part of the ultra-right goals, these movements seek to weaken or reverse key parts of all Civil Rights Laws, & weaken or even abolish the national government[.]”

A student, who came to Campus Reform under the condition of anonymity for fear of retribution, said Professor Hamilton’s course emphasized the idea that racists had infiltrated the Republican Party and are trying to restart the Confederacy.

“It is completely outrageous that the moment I walk into his class I feel like he is trying to call me a racist or a bigot because I am a conservative,” the student told Campus Reform.

The explanatory text, which is taken from Wikipedia’s article on Todd Palin, makes it clear that Palin was registered as a member of the Alaskan Independence Party from October 1995 through July 2002. He is currently unaffiliated.

Professor Hamilton did not respond to multiple requests for comment from Campus Reform.