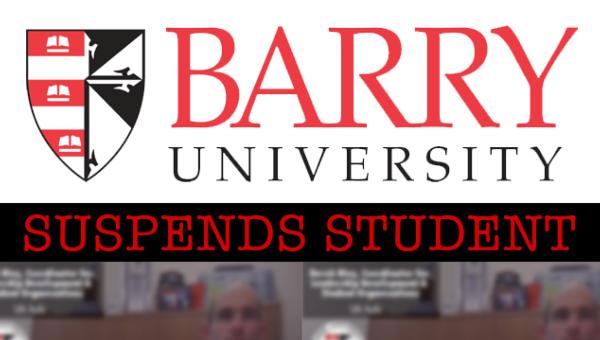 Barry University has suspended a student reporter for her participation in a Project Veritas video that featured a university coordinator assisting in the creation of an ISIS club on campus.

The student journalist, identified only as Laura, recorded her efforts trying to launch a “Sympathetic Students in Support of the Islamic State of Iraq and Syria,” student group last week.

"This is a personal attack on an honor student because they couldn’t defend the egregious actions of their staff members."

This morning, she received an emailed notice from Maria Alvarez, the university’s associate vice president and dean of students, stating she had been suspended over allegations that her reporting violated the university’s Code of Conduct.

The university's Code of Conduct demands that "[m]embers of the campus community must act out of mutual respect to establish an atmosphere of trust," and that enrollment at the school "presumes an obligation on the part of the student to act at all times in a manner compatible with the university's purpose, processes and functions."

Laura, a senior majoring in communications, was recently recognized as a Senior of Distinction by the Barry University Communications Department. 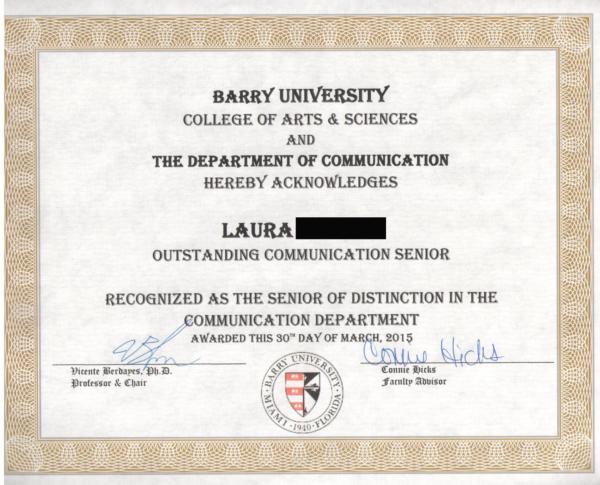 “This is a personal attack on an honor student because they couldn’t defend the egregious actions of their staff members,” James O’Keefe, founder of Project Veritas, told Campus Reform.

“Not only is it a possible violation of her civil rights, but it’s also an assault on the freedom of the press, too.”

During the suspension, Laura is forbidden from visiting the Barry University campus or attending classes. 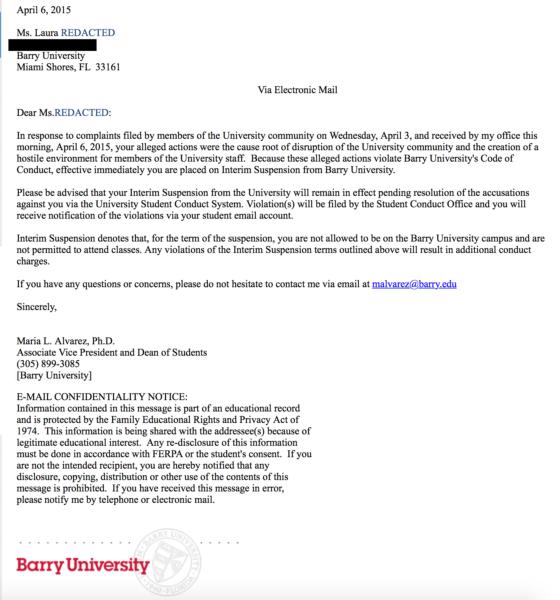 “Project Veritas’ video recordings at Barry University were accomplished within the spirit and letter of the law,” a spokesman from the organization said during an interview Monday afternoon.

Campus Reform contacted Barry University multiple times for comment but was unable to reach a university spokesperson in time for publication.