American Baptist College (ABC) and the National Baptist Fellowship of Concerned Pastors (NBFCP) found themselves in a row last month over an invitation to Yvette Flunder, a married lesbian bishop whose ministry focus is on HIV/AIDS, to preach and serve as worship leader at ABC during the school's Garnett Nabirt Lecture Series.

The NBFCP said in a press release that it was “ irresponsible, scandalous, non-biblical and certainly displeasing to God” for a Baptist college president to invite a lesbian bishop legally married to a woman to be a guest speaker and worship leader.

Harris said that Christians can't be guided by a first-century worldview. Nor, he said, should Christians be guided by "idolatry of the Bible," which he defined as a  "[w]hen people say [the Bible] is synonymous with God and the truth," in order to discriminate against gays.

Reverends Randy Vaughn and Dwight McKissisck, co-coordinators of the pastor group, called Harris’s words “ disheartening,” and said he “trampled on the beliefs of the school’s founders.”

ABC is a private college where students receive a world class Christian education and preparation for leadership, ministry and social justice, according to the college’s website.

The NBFCP also launched a petition to ask Harris and the National Baptist Convention (NBC) to rescind Flunder’s invitation “on the basis that she is a proud, practicing, and public advocate of same-sex marriage.”

Flunder said it takes courage to be a visionary, and that she “ wouldn’t have flown on an airplane if Orville and Wilbur Wright had listened to their haters.” Randy Vaughn, a coordinator of the NBFCP, said his issue was not with Flunder’s AIDS ministry, but with her preaching during the Christian college’s worship service.

“I think they have misappropriated the theology of the National Baptist Convention which says that churches and individuals can hold their own theological beliefs about what they think is right and wrong,” Harris said.

The NBC website states that people have a right to make social and legal decisions based upon their own convictions, but that Holy Scriptures are what guide National Baptists. It further states that, “National Baptist Endorsed Chaplains are not to participate in any activity that implies or condones same-sex marriage.”

Yvette Flunder preached and led in worship at the Christian college on March 17, despite the 402 supporters of the petition against her. 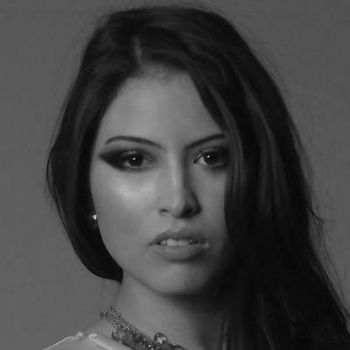