Four students at Eastern Michigan University (EMU) were arrested Friday after disrupting and causing the cancellation of a screening of American Sniper.

The Echo, EMU’s student newspaper, reported that roughly 35 students walked onto the stage at the Student Center Auditorium in protest during the 8P.M. screening of the Academy Award-winning film. The group of students worked together to try to shut down the 8:00 p.m. and 10:00 p.m. screenings of the film about the deceased Navy SEAL sniper Chris Kyle.

Protest leaders Ahmed Abbas, Layali Alsadah, Jenna Hamed, and Sabreen Dari were arrested after attempting to shut down the 8 P.M. screening. The protesters were successful in getting the 10 P.M. screening cancelled.

“Once the film started the protesters moved into the theater and disrupted the movie. Department of Public Safety officers were summoned and the protesters were given several warnings. Four protesters were arrested and released shortly thereafter without any charges being sought,” Geoff Larcom, EMU spokesperson, told Campus Reform.

Lacom said that after the students were escorted out, the first showing of the film resumed and finished without interruption. He also noted that the second showing of the movie was cancelled because of the late time and there is further discussion about showing the cancelled screening.

However, according to Student Body President Desmond Miller, the decision to cancel the second showing was a joint-decision he made with EMU President Susan Martin, Associate Vice President of Student Affairs Calvin Phillips, and Campus Life coordinator of arts, entertainment and marketing Gregg Costanzo.

“The conversation we had wanted to make sure student safety was at the forefront. We wanted to make sure whatever happens, students would be safe. The second part of it, which is actually just as important as the first part, was making sure we have a very serious dialogue about the movie and the propaganda associated with this movie,” Miller told The Echo.

The university received word that a group of students were going to be protesting shortly before the film. It was understood that they were going to be handing out materials outside the film, Larcom told Campus Reform.

According to The Echo, Ahmed Abbas, one of the student protest leaders who were briefly arrested, got up on stage to address the crowd after the film had finished. Abbas wanted to explain their motivations and to calm the crowd.

“The reality is, this is about a process of not allowing cultural appropriation for the movies being allowed into the university,” Abbas said. “This is not about freedom of speech, this is not about freedom of expression, this is about public safety and people being respected with dignity. That’s the reality – that’s why we’re here. If you want to voice yourself, students shouldn't be protesting.”

“The First Amendment grants the right of freedom of expression as well as the right to protest. If you are against the movie, don't see it. I believe one of the protesters held up a sign that said ‘is this your idea of dialog,’” EMU College Republicans chairman Anthony Wozniak wrote in a statement to Campus Reform.

“I find that ironic that they wanted a dialog, yet they had no intention of talking, they wanted the movie shut down. That was not a good way to get their message across. If you really want to open up a dialog, then speak to the people before and/or after the movie. You can voice your concerns about the movie, but don't ruin it for those that wanted to watch it in peace,”

In a statement forwarded to Campus Reform, the university affirmed its support for diversity and noted that “Eastern Michigan University is an open and diverse community, with many perspectives and viewpoints. We respect the right of our students to speak out on issues of importance to them, and encourage civil debate and discussion that promotes empathy and understanding.” 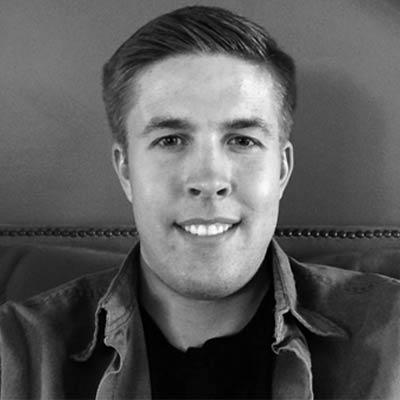