Florida college: Tone of voice can be sexual harassment 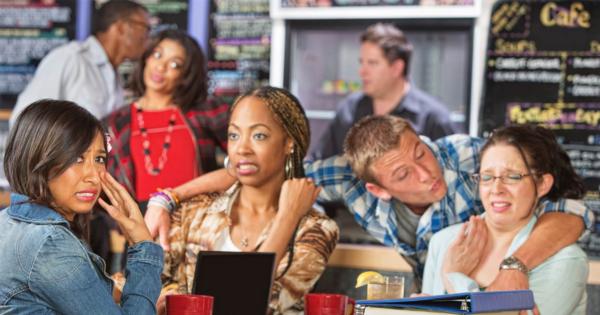 At St. Petersburg College, just the tone of a student’s voice could warrant a sexual harassment claim.

According to a pamphlet on sexual harassment obtained by Campus Reform, sexual harassment at the state school is defined as “unwanted sexual advances, propositions, sexual comments, sexually oriented gestures, jokes and comments that are in any way unwelcome.”

"[Sexual harassment] also can occur through innuendo, attitude or voice inflection. It often is not what is said, but how it’s said."

“[Sexual harassment] also can occur through innuendo, attitude or voice inflection,” the pamphlet states. “It often is not what is said, but how it’s said.”

The pamphlet also details three types of sexual harassment as: quid pro quo (this for that), hostile environment, and hostile sexual misconduct.

Samantha Harris, the director of policy research at the Foundation for Individual Rights in Education (FIRE), told Campus Reform that SPC’s policy is “all over the place, containing what seems to be multiple and conflicting definitions at several points within the same document.”

“Some of those definitions are fairly reasonable; others are extremely restrictive,” Harris said in an email.

Harris said SPC’s sexual harassment definition could “leave a reasonable student feeling as though they could be punished for virtually any comment that made anyone feel ‘in any way’ uncomfortable—a total chilling effect on speech.” Students at the Florida college, she said, may just begin to self-censor and refrain from discussing anything sex- or gender-related.

“This, of course, is totally impermissible,” she said. “SPC needs to adopt one controlling definition of sexual harassment, and that definition needs to be consistent with the requirements of the First Amendment, by which it is bound as a public institution.”

The policy, also detailed online, claims that students and employees can both be guilty of violating the policy, which has been adapted by the school’s board of trustees.

“The Board of Trustees authorizes the President, or his or her designee, to establish procedures concerning sexual harassment and inappropriate relationships including information regarding available resources, awareness and prevention, reporting, investigation, and resolution,” the policy states.

The pamphlets are available for students to pick up in the Phillip Benjamin Social Arts building. The majority of bulletin boards in buildings on campus include “Respect” posters that also inform students of the school’s policy and resources available on campus.

A SPC spokesperson did not respond to an emailed request for comment from Campus Reform.