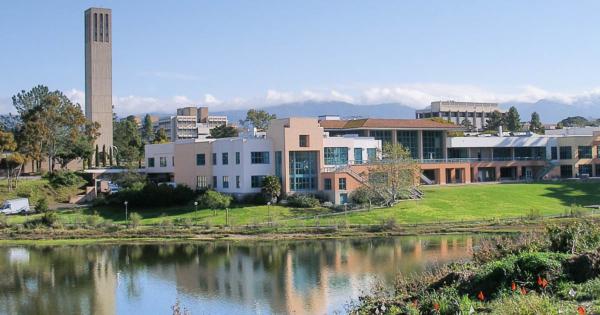 The University of California Santa Barbara has backed down from forcing a student group to pay extra security fees for a pro-traditional marriage event.

The Anscombe Society of the University of California, Santa Barbara hosted a lecture Tuesday by Jennifer Roback Morse titled “Same-Sex Marriage: Why Not?” which is described on a Facebook event page promoting the event as a “provocative talk on same-sex marriage and why it ought not be accepted.”

"We are thankful that the University of Santa Barbara has removed the unconstitutional security fee and is protecting the group’s right on campus to have this lecture on a critically important cultural issue."

The lecture was free and open to the public. Morse is founder of the Ruth Institute, which according to the nonprofit’s website is “dedicated to lifelong married love, and healing hearts damaged by the Sexual Revolution.”

The Anscombe Society is “a student organization at UC Santa Barbara dedicated to affirming the importance of the family, marriage, and a proper understanding for the role of sex and sexuality” according to the group’s mission statement.

The university requested $128 for extra security in an email to Carlos Flores, the UCSB Anscombe Society President, six days before the event.

The email, sent by the University’s Associate Dean of Student Life and Activities, detailed how “there are students who are struggling personally with these issues that may be seeking support and be blind sided [sic] or upset by the actual content which appears to be clear opposition to the concept of gay marriage.”

The extra fee was rescinded after Alliance Defending Freedom, a nonprofit Christian legal defense organization, came to the aid of the Anscombe Society.

In a letter obtained by Campus Reform and addressed to the University’s Chief Campus Counsel as well as the Associate Dean of Student Life and Activities, the ADF called on UCSB to revoke the fees, arguing that they represented “unconstitutional content-based discrimination.”

The letter, sent by David Hacker, the senior legal counsel for the ADF, went on to argue that, “UCSB is using the unbridled discretion inherent in the Campus Regulations to impose an unconstitutional heckler’s veto.”

A heckler’s veto is a term used to describe a situation in which speech is restricted over concerns regarding the reaction to the speech.

“We are thankful that the University of Santa Barbara has removed the unconstitutional security fee and is protecting the group’s right on campus to have this lecture on a critically important cultural issue,” Hacker told Campus Reform,