College helps Clinton dodge press, ‘her speech will be her interview’ 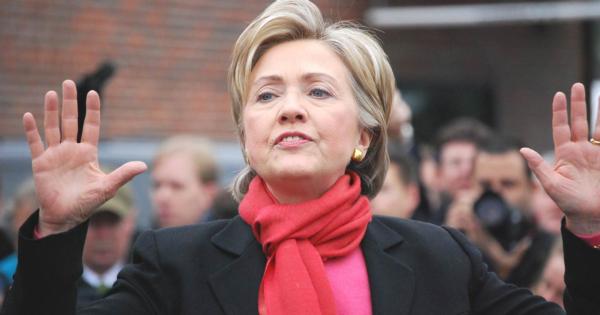 Presidential hopeful Hillary Clinton will not take any questions from reporters when she receives a lifetime achievement award at Texas Southern University because, as a university official claimed, “her speech will be her interview.”

Bloomberg correspondent Jennifer Epstein, broke the news on Twitter that Clinton would not be answering questions from students or those in attendance according to a TSU press release distributed Wednesday.

“There will NO [sic] opportunities to interview Hillary Clinton; her speech will be her interview,” a university confirmation note from TSU read. 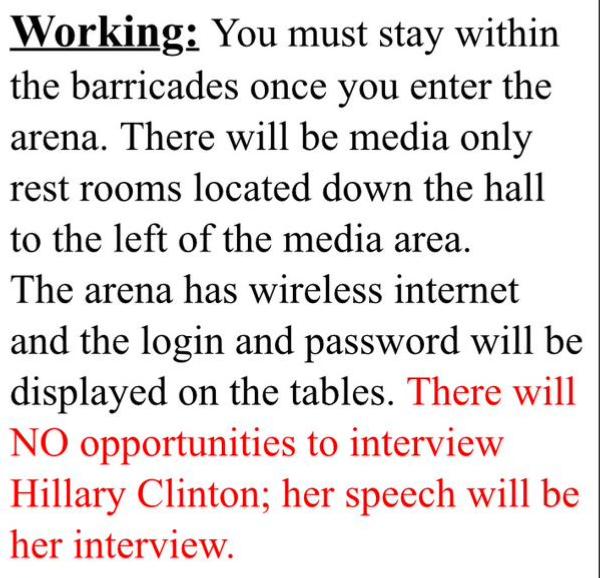 Epstein later tweeted that the language in the statement was not approved by the Clinton campaign, according to a Clinton spokesman.

While it appears the determination to not accept questions came from TSU, this is not the first time Clinton’s refusal to answer questions has upset the media. In May, 29 days into Clinton’s campaign, Hillary had accepted a grand total of eight questions from the media according to the Washington Post—an average of one question every 3.6 days.

According to a university press release, the award Clinton is receiving “is geared towards recognizing the lifetime contributions that an American woman has made to our national public life.”

“The Honorable Hillary Rodham Clinton was selected as the inaugural recipient of this prestigious award because of her many works in her role as First Lady, United States Senator, and as Secretary of State,” the release states.

“Her courage and determination as a young woman fighting for early child care and children’s health care, to her work as a seasoned public servant fighting for human rights for girls and women around the world and her service to the most vulnerable in our society makes her deserving of the distinction in receiving the inaugural award.”

According to The Daily Cougar, the leadership award is presented to “any woman in the world who has achieved success in the public or private sector.”

When reached for comment, a TSU official referred requests for comment to a recently issued press release distributed to event attendees. The ceremony will take place on Thursday, June 4th, in the school's Health and Physical Education Arena.